Board of Supervisors - Dranesville District

John W. Foust,
Board of Supervisor 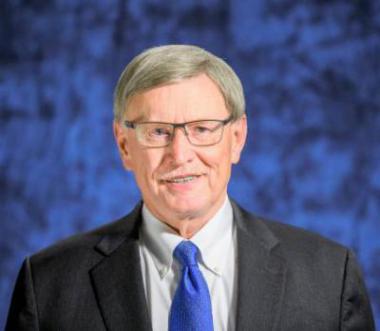 John has lived in Northern Virginia since 1981, and in McLean since 1987. He is married to Dr. Marilyn Jerome. John and Marilyn have two sons, Matthew and Patrick. John is a graduate of the George Washington University law school, and he practiced law in Northern Virginia for over 30 years.

John was elected to the Fairfax County Board of Supervisors in November 2007 and re-elected in 2011, 2015 and 2019. He represents the Dranesville District which includes McLean, Great Falls, Herndon and portions of the Vienna and Falls Church areas. He is Chairman of the Board’s Housing Committee and its Economic Advisory Commission. He is Vice Chairman of the Board’s Budget and Health and Human Services Committees. John also represents Fairfax County on several regional boards and commissions including the Northern Virginia Transportation Commission.

Since his election to the Board of Supervisors, John has used his commitment to hard work, advocacy for his community and problem-solving leadership to serve families and businesses in the Dranesville District and Fairfax County. Some of John’s accomplishments as Supervisor include: expanding full day kindergarten countywide; supporting funding for significant teacher pay increases; obtaining funds to widen Route 7; constructing numerous road and pedestrian improvements and other capital projects in Dranesville including 3 new fire stations and 2 renovated and expanded libraries; advancing the County’s efforts to address climate change; completing several stream and stormwater projects; providing soundwalls along the Beltway and other major roadways to protect established neighborhoods; delivering a new senior center and 82 units of affordable housing for seniors at the Lewinsville Center; and, improving and expanding park and recreational facilities, including a major expansion of the Spring Hill Rec Center and constructing 16 synthetic turf fields throughout his district.