Description: Long commutes create strains both for the individuals who endure the time-intensive commutes and for the transportation infrastructure. Shorter commutes are associated with better air quality, infrastructure longevity, individual health, and job recruitment and retention. Additionally, short commutes may encourage further business development, as firms may be wary of locating in areas that lend themselves to long commutes due to difficulties recruiting employees and decreased productivity.

Interpretation: Based on available data (2013 to 2017), the percent of county residents commuting to their place of work in less than 45 minutes has remained relatively constant over the past five years. 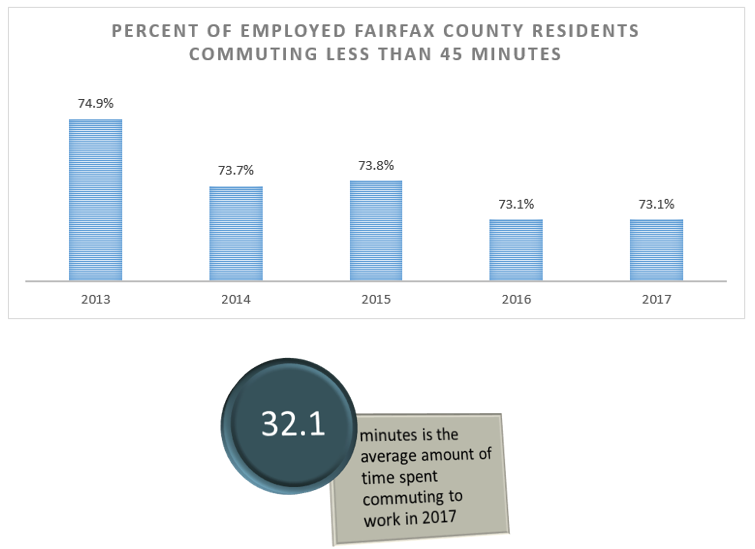