Description: Single-driver car transportation is the least efficient means of travel. People who utilize multiple modes of transportation contribute less to congestion and facilitate growth and development of more efficient transit options. Further, overreliance on one transportation mode degrades those systems faster; when multiple modes are used, the relative stress on any one system decreases and the system life spans increases.  The desired outcome is that the working population is utilizing alternate modes of travel such as carpool or transit.  A decrease in single drivers can potentially result in less wasted time as well as a decrease in environmental risks and hazards.

Performance Measure: Percent of County Residents that Commute to Work Alone – measures the percent of Fairfax County residents that drive alone when commuting to work.

Interpretation: Based on available data (2013 to 2017), there has been relatively constant shares among the modes during the three-year period, with a significant majority of workers driving alone. 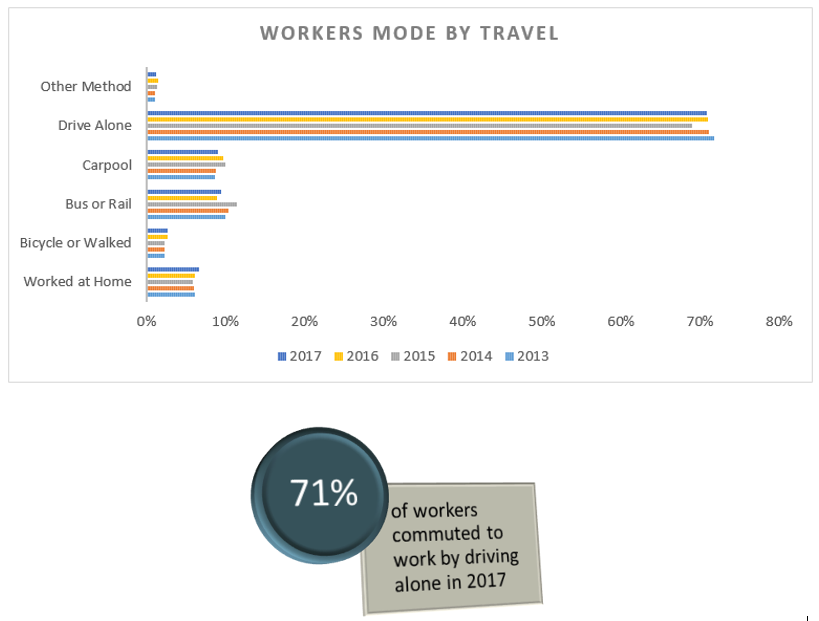