Description: Although most patents are not translated into commercial applications, an increase in patents, particularly patents filed by existing firms or research institutions, signals a creative community in which research and development dollars have the best opportunity to generate increases in economic activity.

Performance Measure: Number of Patents in Fairfax County – measures the number of utility patent activity originating within Fairfax County.  The geographic distribution of the patents is based on the residence, at grant, of the inventor whose name appears first on the printed patent (i.e., the first-named inventor). More information.

Interpretation: The number of utility patents increased again over the prior year in 2015, rising 31 to 446 (7.5% increase), thereby signaling an entrepreneurial environment. 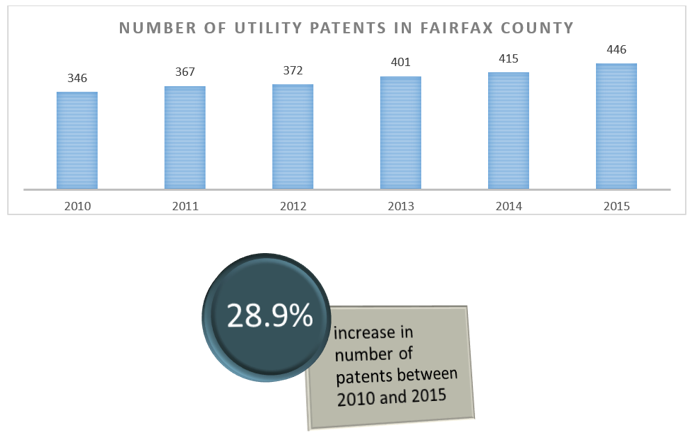