Office to Prevent and End Homelessness 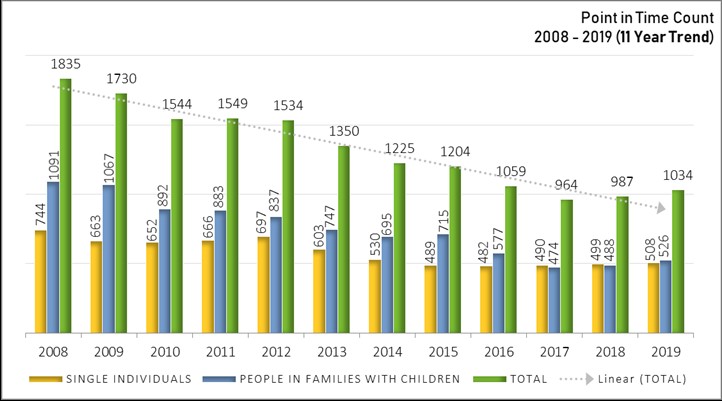 The 2019 Point-in-Time Count was conducted on January 23, 2019 in coordination with the entire Metro DC region. This annual count, conducted in accordance with U.S. Department of Housing and Urban Development guidelines, includes people who are literally homeless – those who are in shelters, in time-limited transitional housing programs, as well as those who are unsheltered and living on the street. Conducting the enumeration requires extensive efforts by a wide range of community partners, involving dozens of staff and volunteers from public and private nonprofit organizations that work with people experiencing homelessness in the Fairfax-Falls Church community. The details of the 2019 Point-in-Time Count, compared to the details of the 2018 Point-in-Time Count, are below.

Single adult individuals accounted for 49% of all homeless persons counted, a total of 508 people. Total single individuals increased by 2% (499) increase from 2018. The information below also includes the 1 youth only household. 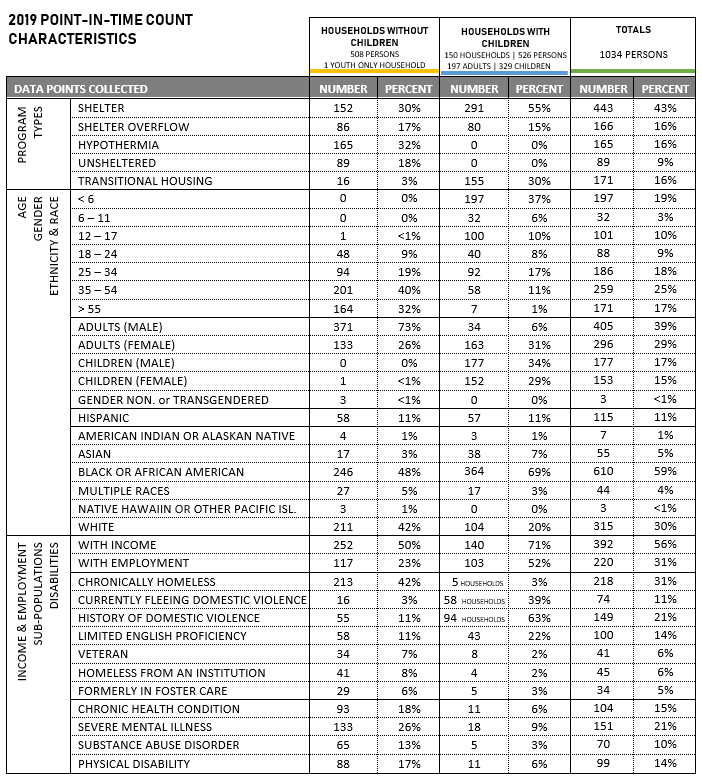 The total increase in the homeless population between 2018 and 2019, according to the Point-in-Time Counts, is 5%  (47 more people) than the 987 people counted during the 2018 Point in Time Count conducted on January 24, 2018. Factors contributing to this increase include: 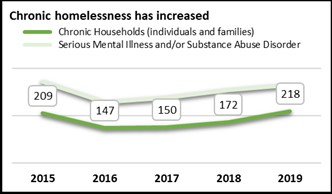 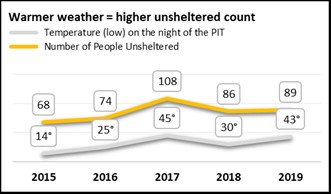