Board of Supervisors - Mason District

Penelope A. "Penny" Gross,
Board of Supervisor

About Supervisor Penelope A. "Penny" Gross 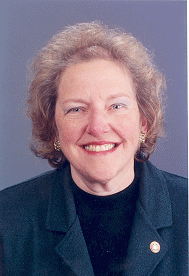 Penny Gross was first elected to the Fairfax County Board of Supervisors, representing the Mason District, in November 1995, and was re-elected to her 7th term on November 5, 2019.  Supervisor Gross is vice-chair of the Board, and chairs the Personnel Committee.

Regionally, Supervisor Gross represents Fairfax County on the Board of Directors of the Metropolitan Washington Council of Governments, which she chaired in 2009; the Northern Virginia Regional Commission, which she also chaired; the INOVA Health System Board of Trustees, and the Potomac Watershed Roundtable.

On the state and national level, Supervisor Gross is a past president of the Virginia Association of Counties, vice-chair of the National Association of Counties’ Energy, Environment, and Land Use Committee, and past president of the National Association of Regional Councils.  Supervisor Gross was first appointed by Governor Mark Warner to the Local Government Advisory Committee (LGAC) to the Chesapeake Executive Council, which she chaired from March 2006 until August 2008, and continues to serve.

Prior to her tenure as Supervisor, Ms. Gross worked for 20 years as staff in various congressional offices.  She served on the Board of the Lincolnia Park Civic Association (1985 to 1997), and on the Executive Board of the Mason District Council of Civic Associations (1988 to 1995).  She has held numerous offices with PTA, and is an Honorary Life Member of the Virginia State PTA.

Supervisor Gross writes a weekly column in the Falls Church News Press, and hosts the monthly television show, Mason Matters, on Channel 16.  A founding member of the Friends of Mason District Park, Ms. Gross is also a founding member and officer of the National Capital Chapter of the University of Oregon Alumni Association.  She was co-manager of Girl Scout Service Unit 52-4 for nine years.  Supervisor Gross and her husband, Hal, reside in the Lincolnia section of Mason District.