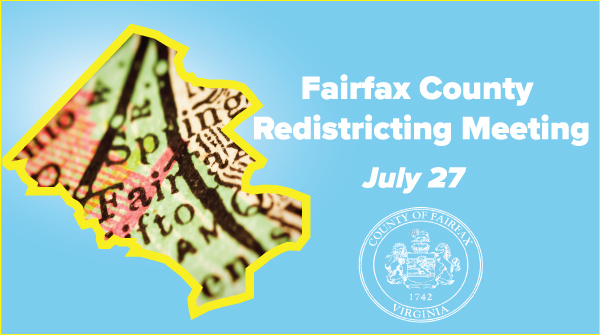 At the meeting, the committee will learn about state and federal legal requirements for redistricting, the county’s social and racial equity policy and discuss the group’s bylaws.

The 20-member committee is tasked with recommending new electoral boundaries for the Board of Supervisors and School Board districts.

As required by law, the county must consider redrawing its political boundaries following the U.S. Census that is conducted every 10 years. This is done to ensure proportional representation as populations grow and shift over time. The Virginia Constitution requires that election districts for local governing bodies “give, as nearly as is practicable, representation in proportion to the population of the district.”

The committee’s work will be compressed due to the late delivery of U.S. Census data to the county which isn’t expected to be received before mid-August. The group then will use the data to draw proposed districts Aug. 30 to Sept. 17 based on the timeline adopted by the Board of Supervisors. It’s expected the committee will present its report with proposed new districts to the Board on Oct. 19. Then the board is anticipated to hold a public hearing on these plans on Nov. 7, and it will consider adoption of new districts on Dec 7.