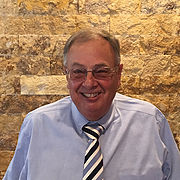 For most of his youth Jim lived in North Springfield and graduated from Annandale High School in 1966. The Clifton resident currently works as an independent consultant, having served as an expert witness in cases involving the Virginia Department of Transportation (VDOT), rail to Tysons and for the Fairfax County Attorney’s Office in tax dispute cases. He retired from Fairfax County Government in 2010, after a storied career as head of the planning division for more than two decades.

Among his many professional awards, he was recognized by the Fairfax County Park Authority in 2010 as a “longtime friend to the Park Authority” for his significant contributions to parks throughout his career. He also received a Fairfax County Team Excellence Award for the Comprehensive Plan for Tysons Corner. He is a member of the American Institute of Certified Planners and actively participates in the American Planning Association, Virginia Chapter.

At-large member Zook received a Bachelor’s Degree in Sociology/Political Science from the University of Illinois and a Master’s Degree in Urban and Regional Planning from Virginia Commonwealth University. He also attended the University of Virginia Senior Executive Institute, Center for Public Service. He was honorably discharged as a lieutenant in the U.S. Army Infantry in 1972.