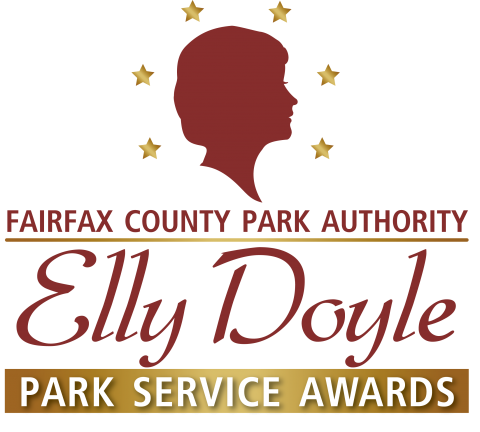 The Elly Doyle Park Service Award was established by the Park Authority in 1988 in recognition of former Park Authority Board Chairman and member Ellamae Doyle’s years of outstanding service toward the preservation of parkland and establishment of natural and recreational areas for the benefit of Fairfax County residents. The purpose of the award is to publicly recognize a volunteer or group of volunteers for outstanding contributions to Fairfax County parks.

For more information, contact the Public Information Office at 703-324-8662 or at parkmail@fairfaxcounty.gov.