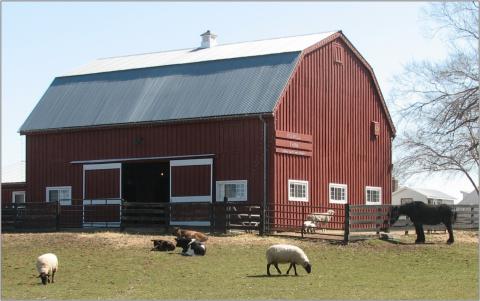 Each spring, thousands of rabbits end up in animal shelters one to three months following the Easter holiday. Inspired by cute rabbits associated with spring, families buy the animals as pets, but soon find that rabbits require more effort than they realized. As a result, rabbits have been the third most abandoned pet in the U.S., as well as the third most euthanized.

In Fairfax County, many families are fans of Frying Pan Farm Park, which is home to about 100 farm animals, including horses, cows, pigs, chickens, sheep, goats – and rabbits. Fairfax families regretting their rabbit purchase may assume they can donate their pet to Frying Pan Farm Park.

There are several reasons why the park declines the offers: the health of the animal can’t be verified; the animal might not get along with the farm’s existing inhabitants; or the farm just doesn’t have the space.

“Plus, our animals encounter thousands of visitors every year. Moving a former pet to Frying Pan would be overwhelming to an animal who's used to being around only one or two humans,” Mitchell explains.

When Frying Pan Farm Park does need new animals, such as male livestock for breeding, they’re purchased from places, such as college farms or state fairs, where a veterinarian has inspected the animals and issued a health certificate.

Families that find themselves unable or unwilling to continue caring for rabbits or other pets are advised to contact an animal shelter or a rescue organization instead of Frying Pan Farm Park.