The Virginia Department of Wildlife Resources (DWR) recently conducted a survey of fish in Burke Lake, and the results will make fishermen very happy. The Fairfax County Park Authority (FCPA) recorded the survey, documenting the good news for local anglers. Watch a video below:

DWR Fisheries Biologist John Odenkirk said his team “caught a ton of fish” during the annual day-time electrofishing community survey, the formal name of a fish survey. Largemouth bass were the predominant species in the survey, and Burke Lake produced “one of the highest catch rates we’ve seen in any lake this year,” Odenkirk said. There were not a lot of trophy-size bass longer than 20 inches found during the May 5, 2021, survey, but there were many in the 1- to 3-pound range.

The survey also revealed the lake is producing channel catfish, red ear sunfish, snakeheads and crappie in good numbers, and that there is a strong base of sizable brown bullhead, a catfish that is native to Virginia. The shallow-water survey did not turn up any muskellunge, walleye or blue catfish; but Odenkirk was confident that fishermen can find those fish in the lake’s deeper waters during summer.

Although FCPA owns the land around Burke Lake, the lake itself is overseen by Virginia DWR. There are two launch ramps at the lake – one at mid-lake managed by the Park Authority, and a 24-hour DWR dirt ramp in a cove at the dam end of the lake. That state ramp is reserved for fishing use only.

Burke Lake Park is located at 7315 Ox Road in Fairfax Station, Virginia. More information about fishing in county park waters is on the FCPA fishing website. 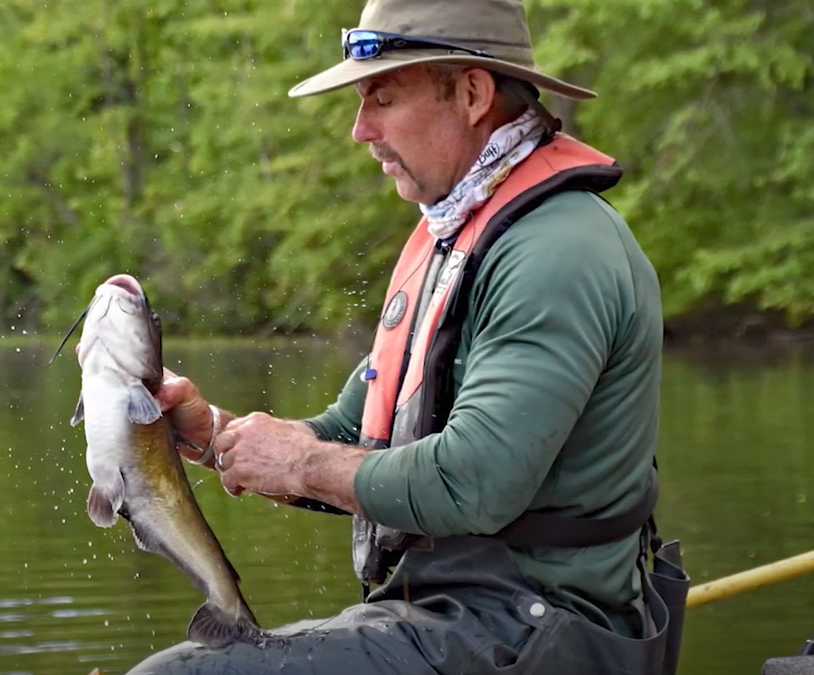