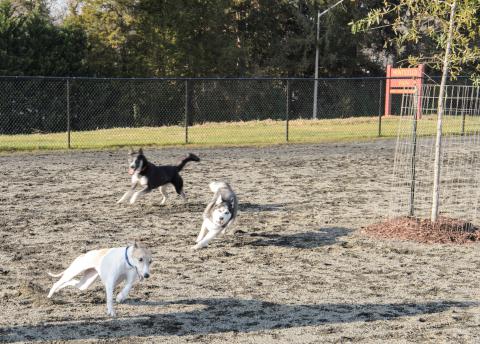 The Fairfax County Park Authority Board endorsed the Park Authority Dog Park Study Report at their regular meeting on July 28, 2021. The report will serve as a guiding document for Park Authority dog park planning, design, operations and maintenance, volunteering, partnerships, and rules/enforcement.

The comprehensive study, which began in 2019, was conducted by a cross-divisional Park Authority team consisting of subject matter experts from across the agency. The study relied on the results from a public countywide survey asking park visitors to provide their input and ideas about dog parks, as well as identification of best practices, extensive research, data and policy analysis, and industry literature. The public input received throughout the study, coupled with this in-depth research and analysis over a two-year period, informed the findings and recommendations in the Dog Park Study Report.

Some of the study’s findings include:

The final version of the Report along with other supporting information will be posted on the Dog Park Study Webpage this September.