Despite the chilly weather, dozens of friends, soccer players, officials and family members came out to witness the unveiling of a new sign, as Field #6 at Pine Ridge Park was named in honor of Wanda Rixon, a longtime advocate for women’s soccer and the establishment of Pine Ridge Park.

The Fairfax County Park Authority Board voted to name the rectangular field in honor of Rixon at the request of the Fairfax Women’s Soccer Association (FWSA) on July 13, 2022. Rixon has been involved in the development and administration of FWSA since 1978 and has served in many capacities, including head commissioner on the executive board. She lobbied for the creation of Pine Ridge Park as a permanent public park and has helped in the improvement of facilities at the site, as well as creation of opportunities for women soccer players of all ages and abilities. 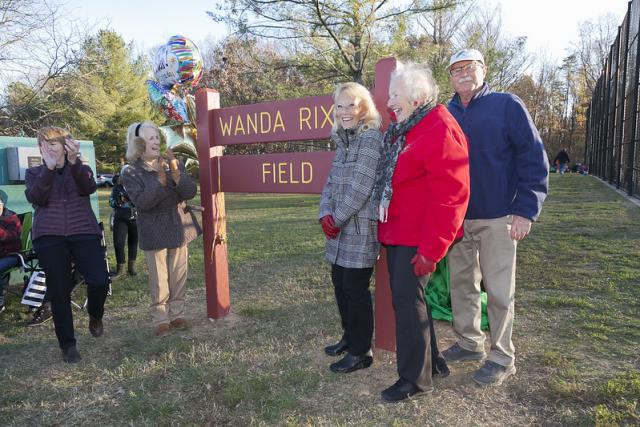