During the Civil War, an unknown number of small earthen batteries, called redoubts, were constructed around Washington. The redoubt's interior was lined with timber cut from surrounding woods, and drainage ditches ringed the exterior. The occupants were not protected from the weather, nor did the earthworks themselves protect against anything but rifle fire. The redoubt preserved at Freedom Hill Park was one of these.

Built near the end of the war in 1864-1865, "Redoubt Freedom Hill" is believed to have seen no major action. Its men, soldiers of the Fifth Pennsylvania Heavy Artillery, were part of a larger contingent assigned to protect the nearby Peach Grove Stockade. Redoubt Freedom Hill overlooked the valley to the south of Peach Grove. The small fort offered protection to couriers and patrols on Chain Bridge Road. While the notorious Mosby's Rangers conducted numerous raids along the road, the men of the "Fifth" did not encounter them. Washington was protected chiefly by a ring of larger fortifications that included huge fortresses, such as Forts Ward, Stevens, and Washington, located at key points around the city. Smaller fortifications, such as Fort Willard in the south part of Fairfax County, were located along major thoroughfares. Small batteries, such as Freedom Hill, were outposts of primary fortifications. There were only a few men assigned to them. Eight men, led by a sergeant from Fifth Pennsylvania Heavy Artillery, were stationed at Freedom Hill. They stayed for one week at a time and rotated with other soldiers from the main unit two miles to the east. The soldiers lived in "Sibley Tents," which were designed to be portable and comfortable. Soldiers' time was usually divided between patrol duty, construction work, and loafing. Soldiers' diaries tell of looking forward to hard labor in order to get away from the boredom of outpost life. 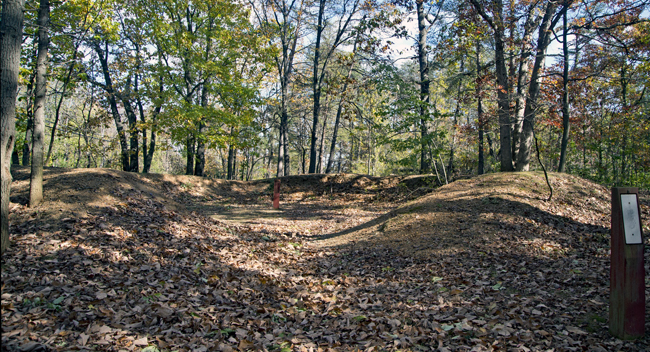 Military dispatches and other official communications from Freedom Hill reveal that nothing of significance happened during its brief lifetime. Life at Freedom Hill was monotonous but free from danger. Popular legend has named this area "Freedom Hill" because of the large number of free Blacks living in the vicinity in the 19th century. Freedom Hill was one of Fairfax County's earliest Black communities. Freedom Hill Fort Park is located 8531 Old Courthouse Road near the intersection of Old Court House Road and Rt. 123 in the Westbriar area of Tysons Corner. 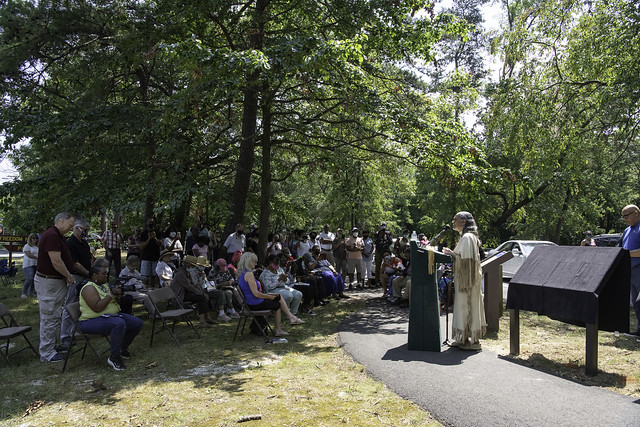 Freedom Hill Park was home to a strong and special community. Interpretive signs at the park celebrate family strength and tell previously untold stories of the many diverse families that lived here and continue to contribute to the culture of the place. Residents of Freedom Hill represented a quintessential American ideal - people of all races and their descendants coming together as one community.

Freedom Hill is a community story of exceptional local women who made their home on this land. It is a recognition of the African American presence and their intermarriage with the local Tauxenent and Pamunkey tribes. It is also recognition that nearby land was owned by women and people of color at a time when such ownership was rare. 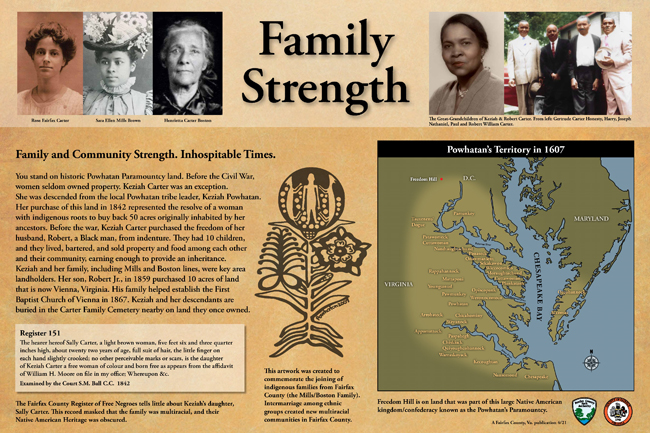 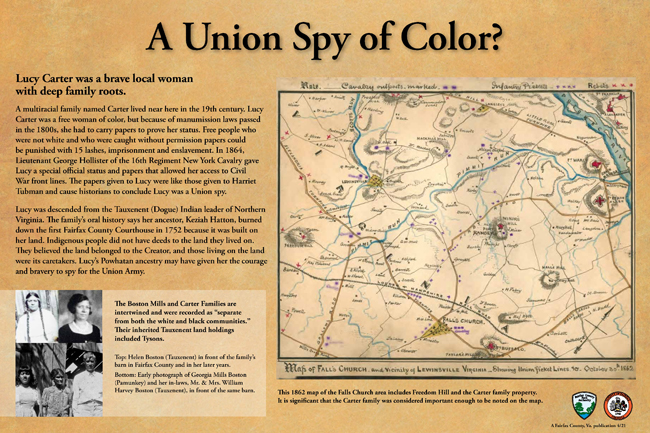 Untold Stories is an interpretive project of the Fairfax County Park Authority (FCPA). It is a multi-year and multi-phase project involving dozens of parks across Fairfax County. FCPA has set a goal to increase the representation of all peoples in the stories park intepreters tell about the county’s natural and cultural resources. It is one part of a larger Equity and Diversity plan that FCPA is creating and implementing. Untold Stories allows the community to see itself in local history and in nature sites and to find value in parks.