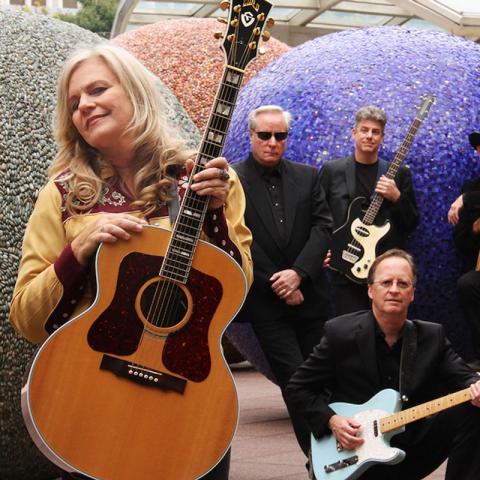 Ruthie and the Wranglers are a five-piece based in the Washington, DC area.  After 25 years of twang (including recording, touring and Americana/Roots radio airplay) the band remains a cornerstone of the DC roots music scene. From original Americana Country to a rousing Surf instrumental or whisky drenched ballad, their clever lyrics, high energy and heavenly harmonies, set them apart from the rest. Their Americana/Country roots and their unstoppable energy Ruthie describes as "Loretta Lynn meets the Ramones at Dick Dale party!" They’ve released 7 albums and most recently a compilation of some favorites from their legacy of recordings entitled All Wrangled Up. Their lyrics were called by Billboard “nothing short of brilliant” and The Washington Area Music Association (The WAMMIES) has declared them emeritus after more than 30 WAMMIE wins including, Album of the Year, Song of the Year and Country/Duo Group.

If it rains, the Evenings on the Ellipse Concert will be moved inside to the Fairfax County Government Center Forum.