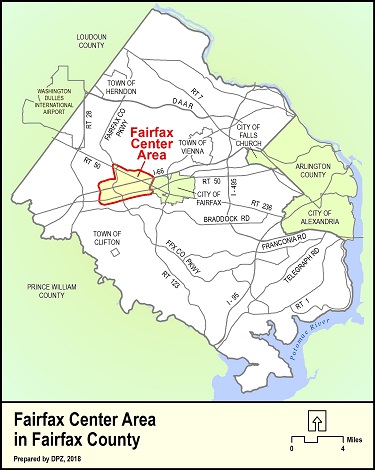 The Board of Supervisors adopted Phase I - PA 2013-III-FC1(A) of the Fairfax Center Area Study on December 2, 2014. This phase involved an evaluation of the Comprehensive Plan recommendations for the suburban neighborhood and low density residential areas along the edges of the study area.

The third phase of the study will evaluate the Land use mix and intensity on specific sites within the core area, as proposed by the working group.