The Board of Supervisors approved a plan by PS Business Parks to build a youth athletic field at its Sept. 24 meeting, instead of a previously approved hotel on a parking lot in Tysons. The new synthetic turf field will be on Boone Boulevard between Howard Avenue and Gallows Road near an office building and retail space. The 180 foot by 330 foot field will include lighting, bleachers, bicycle racks, benches, fencing, an equipment storage facility and at least 25 parking spaces.

The existing on-site surface parking lot will be modified to serve existing and future visitors to the office buildings and athletic field. PS Business Parks will maintain ownership of the athletic field; however, a public access easement will be granted to the Fairfax County Park Authority. 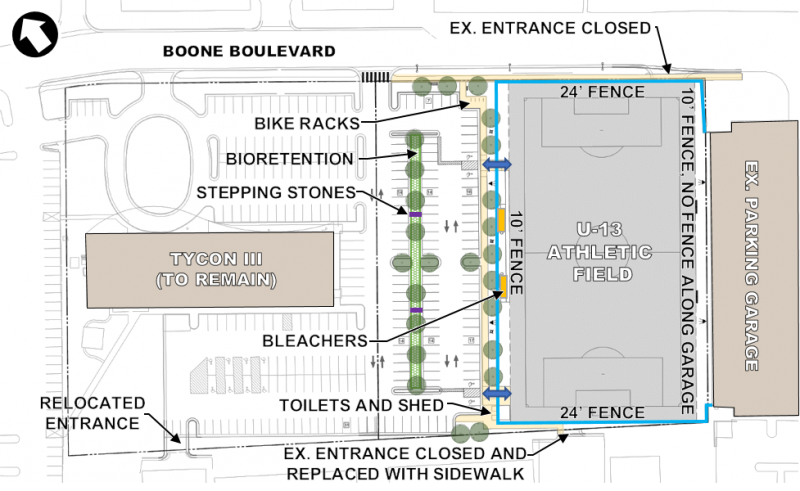