Today, the Fairfax County Board of Supervisors authorized public hearings for proposed new zoning rules on short-term lodgings, such as those offered through Airbnb, VRBO and Flipkey.

The Planning Commission is scheduled to hold its hearing on May 3, and the board will hold its own hearing on June 19. These dates are subject to change, however. 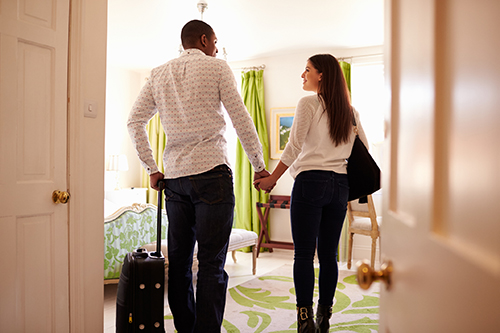 The county has been working on the new zoning rules over the past year, following a 2017 state law that allows local governments to regulate these kinds of short-term uses. Zoning officials say the proposed rules attempt to strike a balance between allowing these rentals, which are popular in today’s sharing economy, and addressing neighborhood concerns.

Except for bed-and breakfasts and hotels, Fairfax’s zoning rules currently don’t permit homeowners to allow transient occupancy in their homes, yet there are an estimated 1,500 active Airbnb listings in Fairfax County. Transient occupancy — more commonly called short term rentals or lodging —are defined as rentals of fewer than 30 days.

As proposed, the regulations would only allow property owners or renters to offer their primary residence as short-term lodging. This limitation is to prevent businesses from operating multiple, full-time rentals, like a hotel or motel, in residential neighborhoods.

Guests would be limited to six adults, and the lodgers must all be associated with the same rental contract to prevent multiple rentals of a property at the same time.

To protect neighborhoods, properties may not be rented for events or commercial purposes like parties, weddings or fundraisers.

The proposal also caps the maximum number of nights short-term lodgings may be rented out. The rules would allow for up to 180 calendar days, but zoning officials are recommending a 90-night limit or 25 percent of a year.

The Planning Commission and the board will also consider whether property owners or renters must be present in their home or apartment when it is used as a short-term lodging.

Despite the number of short-term rentals allegedly operating to date, the county has received 54 complaints—or less than 1 percent of the estimated 1,500 Airbnb rentals listed within the county.

County officials acknowledge that enforcement could be a challenge even with the new rules, particularly when it comes to the limit on number of nights and guests. The rules include provisions that will help with enforcement, however. For example, short-term operators must get a permit that can be revoked, and properties must be made available for inspection by county code enforcement inspectors upon request.

Short-term lodging operators also must pay transient occupancy taxes. County leaders calculate that these rentals could generate $428,268 in transit occupancy taxes a year. Of this amount, $249,823 would go to the county’s coffers, and the remaining amount would be used to support tourism and regional transportation as required by state law.

Zoning officials engaged in extensive public input to develop the proposed rules. They received more than 7,600 responses to an online survey, held four community meetings across the county and met with individual homeowners and civic groups, tourism professionals, real estate agents and representatives from the short-term lodging and hotel industry.

County staff also participated in a workgroup with other local jurisdictions that are considering or have adopted regulations, including Arlington, Alexandria and Loudoun.

In a separate and future proposal, Fairfax County is also considering whether to create zoning rules for commercially managed apartment buildings that offer short term lodging.