The Alternative Incarceration Branch of the Adult Detention Center provides housing for offenders in the Work Release Program.

Once an offender becomes eligible and is officially placed in the Work Release Program, he or she reports to the Vocational Office each morning for authorized schedules to seek employment in the community. When the offender finds employment, a member of the vocational staff and the employer will complete a Community Work Agreement. This agreement covers all rules and regulations governing the offender's employment while on work release. An inmate is allowed to work 12 hours per day, 6 days per week, and must have at least one day off. An inmate must work a minimum of 36 hours a week. 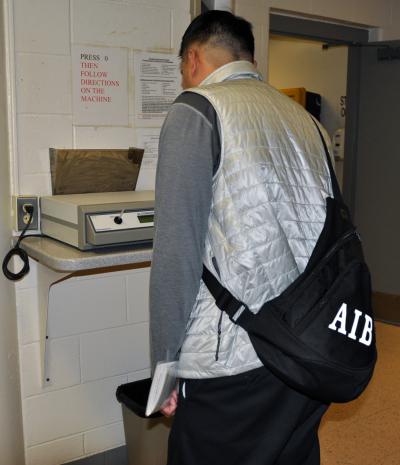 The offender is issued a Community Work Agreement (CWA). The hours of travel, destination, departure time and return time are in the CWA as well as other pertinent information about employment and community-based programs and activities. Copies of the CWA are sent to the law enforcement jurisdiction in which the offender works and to the sentencing judge. The Sheriff's Office, through on-site job checks and frequent telephone calls to the employer, closely monitors offenders in the Work Release Program. If an offender violates any program policies or procedures, he or she will immediately be removed from the program and returned to the Adult Detention Center for the remainder of his or her incarceration.

EMPLOYERS: Are you interested in hiring a work release inmate? Please email our vocational staff.

Virginia Code 53.1-131 requires that all offenders in a Work Release Program pay a portion of their earnings to defray the cost of their room and board. Additionally, all work release offenders pay for their own travel and other expenses made necessary by the offenders' employment or participation in an educational or rehabilitative program; any fines, restitution or costs ordered by the court; and any court ordered child support payments.

A mandatory savings program is one of the objectives of the Work Release Program. The savings program gives an offender a chance to prepare for release by placing a set amount of funds into a savings account, which is given to the offender upon completion of his or her sentence.

All work-release offenders are tested frequently for narcotics and alcohol each time they return to the center from work or a treatment program.

For further information or questions regarding the Work Release Program, please call 703-246-2206 [TTY 711 for hearing impaired].

Learn about the Electronic Incarceration Program