Fairfax County helped to lead the effort to create a new regional agreement with Dominion Energy that lights the way for converting existing streetlights to more energy- efficient LEDs.

The agreement makes transitioning to LEDs less expensive for local governments and offers more options in the future. 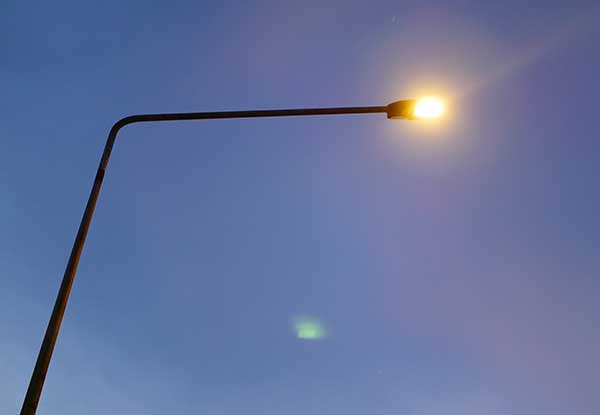 “LED streetlights are longer lasting and more efficient than traditional streetlights,” said Bulova. “Many thanks to all those involved in this effort, including Dominion and the Northern Virginia Regional Commission.”

Dominion installs, owns, operates and maintains most of the nearly 58,000 streetlights in Fairfax County. The new agreement presents an opportunity to begin converting these lights to LEDs, according to county officials. The county would be responsible for paying to replace existing high-pressure sodium, metal halide and mercury vapor streetlights with LEDs.

As the negotiations with Dominion were ongoing, the county hired a consultant to consider the best ways to utilize streetlight infrastructure in the future. This study is expected to be completed in the fall, and county staff will develop an associated budget proposal.

The new agreement with Dominion offers many benefits, including:

LED streetlights use 40 to 60 percent less electricity when compared to conventional streetlights, and they last up to three to four times longer.

Cities across the nation have begun making the switch to LED streetlights, including New York, Chicago and Los Angeles. The move saves governments money in the long run with lower utility bills, and it also helps the environment through reduction of greenhouse gas emissions.

The county’s move toward LEDs outside on the street complements its efforts off the street, inside its own buildings. More than 2,277 LED bulbs have been installed in county facilities since last July, reducing utility bills and greenhouse gas emissions. This has resulted in:

This is equivalent to avoiding the release of 50,607 metric tons in planet-warming, greenhouse gases.