The Department of Family Services' Domestic and Sexual Violence Services offers compassionate and comprehensive state-accredited programs for women, men, teens and children who have been affected by domestic and sexual violence, stalking and human trafficking.

Update About Domestic and Sexual Violence Services (DSVS) During COVID-19
Free, short-term individual and family counseling services are now available via teletherapy. Call us at 703-324-5730 and choose the option for Counseling Services. The DSVS 24-hour hotline is still available 703-360-7273.

Find Out What's Happening in DSVS

Interested in more articles about Domestic and Sexual Violence programs, services and resources? Check out the variety of helpful topics.

Hispanic and Latin communities are incredibly diverse in cultural background, experiences, and needs, and assessing the impact of domestic and sexual violence on such a wide group can be difficult. In addition, immigrant survivors of sexual and domestic violence experience greater barriers to accessing formal services, often due to a lack of resources relevant to their culture or provided in languages other than English. Many Hispanic immigrants speak languages indigenous to their country of origin and/or specific dialects of Spanish, so not all Spanish-language services meet the needs of survivors and families impacted by violence. Current and historical activists have worked hard to overcome these challenges. Find out how.

Sexual Violence Survivors Have Increased Risk of Dying by Suicide 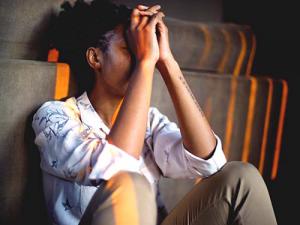 Did you know: There’s a strong connection between sexual assault and suicide. When you think about it, it's probably not surprising survivors of sexual assault can face a much higher risk of suicidal feelings. A sexual assault can leave more than physical scars; there are often psychological and emotional effects, too, including panic attacks, sleep disorders, and self-harm. To cope with the trauma of an assault, survivors can dissociate or find other more damaging and permanent ways to escape the pain. Learn more about this connection and, if you recognize yourself or someone you know in this situation, find support.

While high-profile, sex trafficking court cases, such as those of Ghislaine Maxwell and Robert "R. Kelly" Kelly, receive national attention, issues of sexual violence and human trafficking are much closer to our communities than many realize. The media attention also can trigger survivors, bringing up reminders of past trauma. Learn how Domestic and Sexual Violence Services supports survivors of sexual violence, exploitation, human trafficking, and domestic violence.

Title IX of the U.S. Education Amendments of 1972 (aka, Title IX) is a federal law in the United States prohibiting any publicly funded school or university from practicing discrimination on the basis of sex or gender in all school activities. Title IX has brought significant changes to how all publicly funded schools address sexual and gender-based violence and harassment for the last 50 years. This is what Title IX looks like in Fairfax County.

The Department of Family Services Domestic and Sexual Violence Services division supports policies to remove firearms from potentially deadly situations. It’s the law: Gun owners in Virginia who have been served a final protective order must surrender their firearms. (We encourage taking it to the Sheriff’s office 703-246-4405). By doing so, victims, their families, and our communities are safer. To learn more about the intersection of guns and domestic violence, call the Domestic and Sexual Violence 24-Hour Hotline at 703-360-7273.

Pronouns: Why Do They Matter?

Language matters. Language is a tool that helps us convey meaning and connect. We use words to communicate, characterize, and describe everything around us. Nothing may be more personal than the words people use to refer to us through our names and pronouns, which represent key elements of our identity.

We use pronouns and names frequently in our everyday written and verbal communication. Most of us have learned from a young age to use “she/her” for girls and “he/him” for boys. As our society has progressed in understanding gender identity, our language has also evolved. Learn how to model the use of pronouns and why this practice shows respect.

How to Respond When Someone Discloses a Sexual Assault

Sexual assault is a traumatic and life-changing experience and telling someone about it is frightening. A sexual assault survivor’s physical injuries may not always be substantial, but unseen psychological and emotional injuries may be severe. You do not need to be an expert in this area, but how you respond to disclosure is critical to a survivor’s well-being and recovery.

On Monday, Dec. 13, 2021, county and community leaders, including Domestic and Sexual Violence Services’ Angela Yeboah, shared information and impactful stories of the Red Flag Law’s use to prevent gun violence and issued a call-to-action for the community to contact authorities who can act quickly to prevent tragedies. Check out this video to learn more.

Fairfax County now participates in the Hope Card program, a way to enforce a civil protective order and a handy resource for victims of family abuse. A Hope Card is a laminated wallet-sized card that contains all the essential information of an existing, permanent civil protection order.

Hope Cards have been around for a while but they're a new resource in Fairfax County for victims of family violence, intimate partner violence, stalking or sexual assault. The Hope Card can reduce the time on scene for officers responding to incidents of protection order violations, allow officers to verify if there is a valid protective order in place and can provide a sense of security to victims. It also helps keep officers safer by informing law enforcement about weapons involved in the incident resulting in a protective order. Learn more about the Hope Card.

Talking About It Matters: Domestic Violence in the LGBTQ+ Community

Though it might not be clear from mainstream media, domestic violence is not limited to heterosexual relationships and can affect individuals of all sexual orientations and genders.

In fact, recent research shows intimate partner violence within the LGBTQ+ community occurs at a rate equal to or even higher than that of members of the heterosexual community.

Learn more about domestic violence in the LGBTQ+ community or call the Domestic and Sexual Violence 24-Hour Hotline 703-360-7273.

Domestic violence and sexual violence are two separate issues and how they are addressed is different, too. Learn more about how the Department of Family Services’ Domestic and Sexual Violence Services division supports survivors of all forms of gender-based violence.

Note: This video contains images that may be disturbing or triggering.

The Intersection of Gender-Based Violence and Economics

Ending gender-based violence requires us to see all the aspects of the issue. Often, when we think of intimate partner violence, we envision only bruises or broken bones—things we can see—or perhaps verbal abuse. But domestic violence takes many forms, including financial abuse, a subject that is often overlooked.

You Can Make a Difference

Raising awareness calls for proactive efforts to increase knowledge of or reshape cultural norms or false perceptions about gender-based violence.

Preventing gender-based violence requires steps to stop violence and abuse from happening in the first place by interrupting the cultural rules, norms, and constructs that support it.

Social change happens when communities are equipped with a better awareness about the issue and understanding of the actions it takes to get there. This equation is solved when individuals, families, communities, and institutions have access to knowledge and tools.

Use Your Voice – Community Engagement Toolkit

Check out the community engagement toolkit (talking points, social media, videos, articles and more) to spread the word throughout the community about the Department of Family Services Domestic and Sexual Violence Services’ (DSVS) important work and services available during COVID-19.

Volunteer Your Talents and Time

Volunteers are an integral part of our mission of preventing and ending domestic and sexual violence, stalking and human trafficking. Many of our key services depend upon dedicated volunteers. We could not do the work we do without help from our volunteers.

Be. The. One. to positively impact our community. Connect with us today!

Donations can make a difference! There are two ways you can help.

Learn more about each and make a donation.

Fairfax County Department of Family Services is on Facebook