Sears, Toys R Us, Mattress Firm and Best Buy are among the companies that announced major store closures this year. These retailers make up some of the nearly 5,000 stores to turn off the lights in 2018. 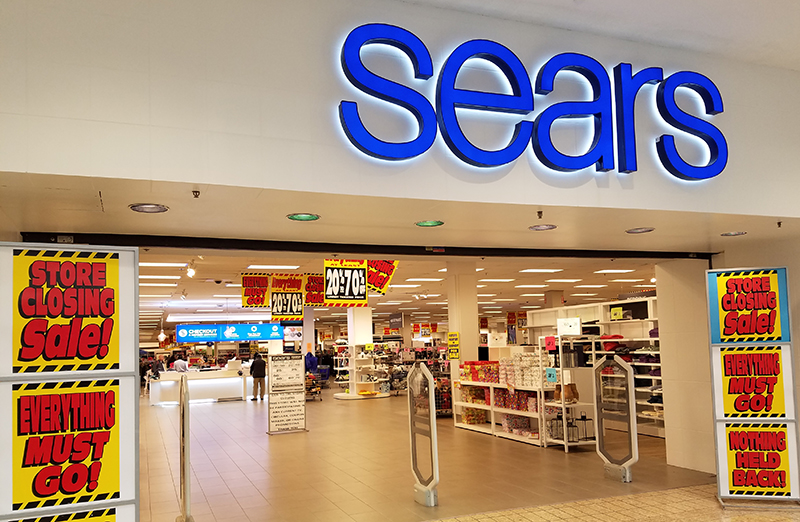 As retailers shutter their brick-and-mortar locations, the Fairfax County Board of Supervisors approved  changes to the land use plan on Oct. 30, 2018, to make it easier to convert empty storefronts into other uses. The changes offer the flexibility to repurpose these vacant spaces into entertainment venues, doctor’s or lawyer’s offices, cultural or civic uses like libraries or makerspaces.

The move is part of the county’s overall efforts to make land use and zoning regulations more modern and flexible. As the county grapples with about 18 million square feet in empty office space, it adopted land use changes that ease the way for offices in mixed-use areas to be repurposed. In March, similar changes were made for suburban offices.

While there are signs that so called “retail apocalypse” may be reversing, county officials wanted to act in light of longer-term changes in retailing.

Today, e-commerce accounts for 9.6 percent all retail sales nationally, and this figure could grow to 25 percent by 2021, according to IHL Group, a retail advisory firm.

Although the trends point to more online shopping in the future, the county’s retail vacancy rates are lower than those regionally and nationally. Its overall rate ranks at 2 percent, according to CoStar’s data for the third quarter of this year. This amounts to about 719,000 square feet of empty retail space.

In contrast, the last time Fairfax County faced a 4 percent retail vacancy rate was during the recession years of 2009 and 2010.

There is a total of 35.7 million square feet of retail and related commercial space in the county. Seventy-five percent of this space is located within what the county calls Activity Centers, which are areas planned for the greatest amount of future growth and include mixed-use development.  These centers include places like Seven Corners, Merrifield and Tysons. 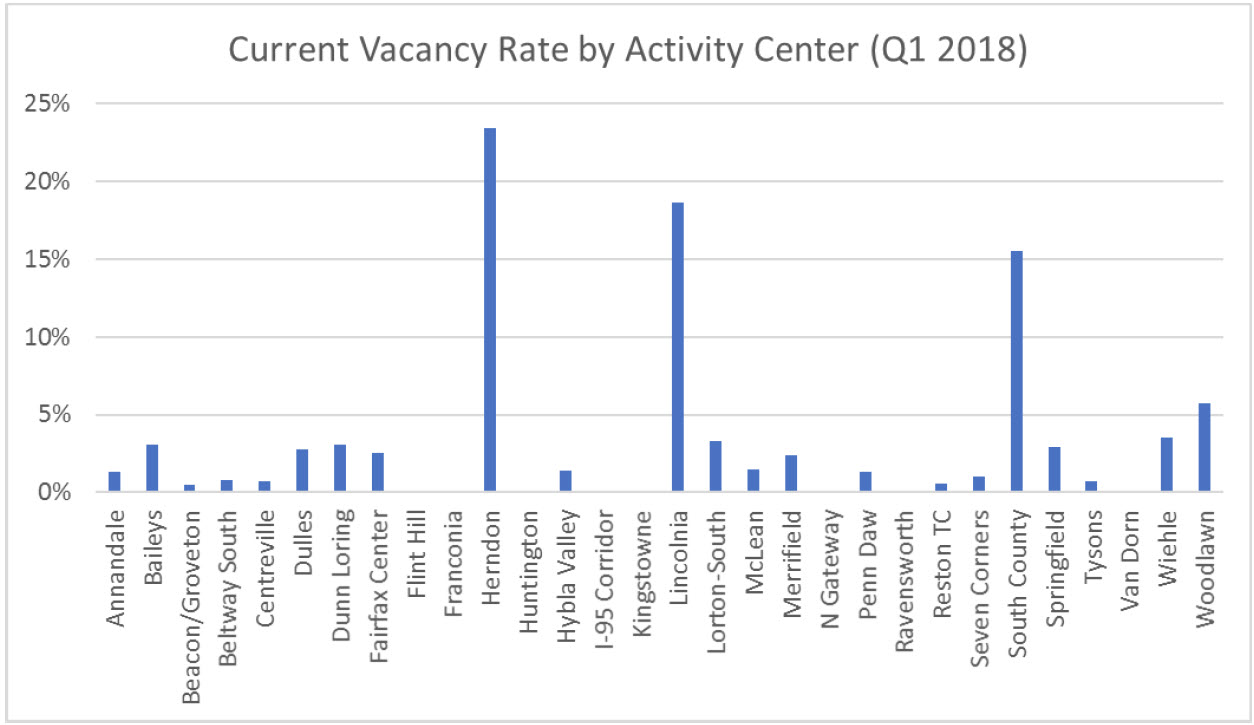 Neighborhood shopping centers, which are often anchored by a grocery store, have been most impacted by vacancies in Fairfax County. One in five have some empty storefronts, and this figure rose 2.5 percent since late 2016.