What's the Buzz on Bees?

by Jim McGlone, VA Department of Forestry and Deana Crumbling, US EPA

In 2006, the rapid disintegration of honeybee colonies across the United States made Colony Collapse Disorder (CCD) a mainstream topic. Congressional hearings early the next year raised the alarm about the future of U.S. agriculture. Colony Collapse Disorder, Congress and the media announced, could herald the end of agriculture as we know it! Were such announcements hyperbole?

The 17th century colonists brought the honeybee from Europe when they settled North America. The squash, tomatoes, peppers, beans, and peanuts we still see at the grocer are all pollinator-dependent crops that were domesticated in the Americas. These crops flourished and fed Native Americans before the European honeybee arrived. So who exactly pollinated the three sisters of beans, squash and corn before the arrival of the European honeybee? Native bees, that’s who. More than 3500 species of solitary native bees live in North America. 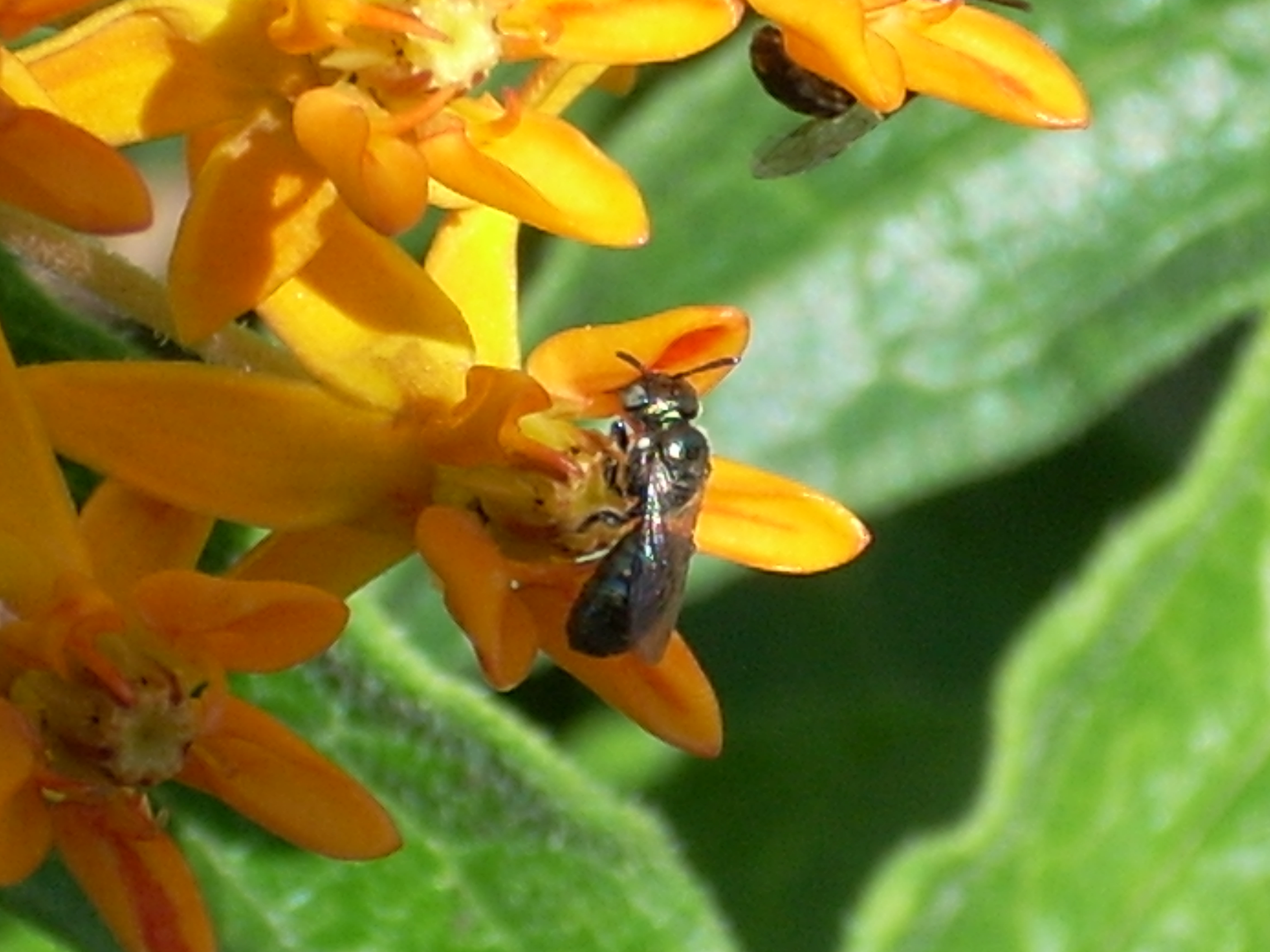 Although our native bees evolved to pollinate North American forest and meadow plants, plants like hawthorns, serviceberries, and mountain ash, they happily (and compared to honeybees, more efficiently) pollinate these trees’ Asian cousins – apple, plum, cherry, pear, and peach, as well as other crops. In fact, several studies have shown that native pollinators can be major contributors to the pollination of most of our native and non-native crop plants.

If we have native bees and other pollinators ready to take over from the European honeybee, what’s the problem? Honeybees are colonial insects whose hives center on the queen and whose workers return to the hive every evening. Because of this, hives can be moved. Agriculture “as we know it” usually involves large scale plantings of the same plant or monocultures, so fields come into flower all at once. When the plants bloom and are ready for pollination, the beekeepers bring in their hives. After pollination, the bees are moved to the next field or crop. Honeybees can be moved to where the flowers are when they are needed. 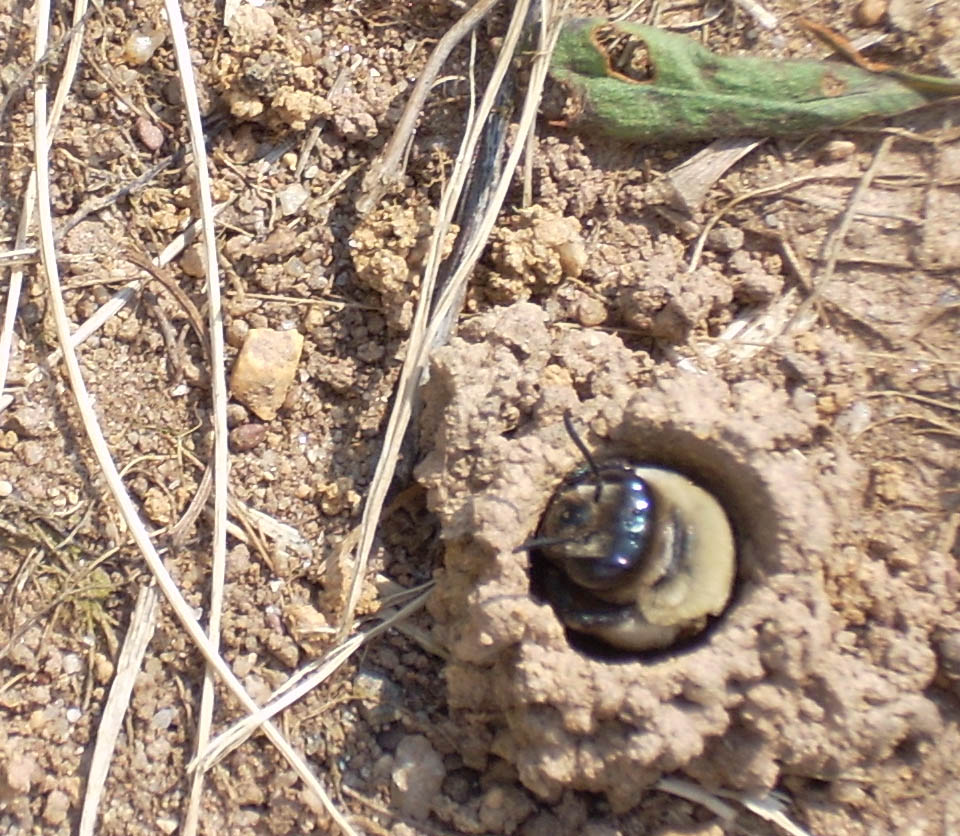 Most of our native bees are solitary insects that cannot be moved in large numbers. While these bees will visit crops, when the crops are not in flower they have to have other nearby nectar and pollen sources. Unfortunately, as agriculture has evolved its dependence on mobile honeybees, it has also become better at eliminating ‘weeds.’ As the weeds have declined, so have our native bee populations.

Colony Collapse Disorder is alarming, not because we don’t have good substitutes for honeybees; we do and most are better pollinators than honeybees. The problem is that at the same time honeybees are in peril, so are our native bees. The cause of CCD has been elusive and now seems to be a combination of stressors that include parasites, viruses, pesticides and possibly nutritional deficiencies from lack of dietary variety. These same stressors, particularly the widespread use of pesticides, are affecting our native bee populations. Native bees, like most wildlife, are also threatened by loss of habitat.

The decline of native pollinators is not just a threat to our agricultural crops; it is a threat to our natural ecosystems as well. Not only are our native plants, including the berries, nuts and other fruits of pollination they produce, important parts of the natural food web, but so are the pollinators themselves. While butterflies help produce berries that feed many adult birds, their caterpillars are a significant food for nestlings.

To protect our food supply and our natural resources, it makes sense to foster our native pollinators. What can you do?

The Xerces Society and the North American Pollinator Protection Campaign and The Pollinator Partnership are excellent places to find out more about pollinators and how you can help.