Board of Supervisors - Hunter Mill District

Fairfax County is undergoing a major initiative to modernize our Zoning Ordinance that was first established over 40 years ago. Dubbed “zMOD,” this project is mostly a series of technical improvements to improve the clarity and accessibility of the zoning ordinance.  Note, however, there are at least a couple items in the draft that would change the way Fairfax County approves separate apartments within single family homes (“Accessory Living Units”) and an expansion of what is allowed in home-based businesses.  I encourage you to learn more and ask questions during a virtual town hall I am hosting on Monday, Nov. 30 at 7 p.m. The meeting is hosted on Webex - use this link to attend and participate in the meeting. You will be prompted to register with your email address and ZIP code before logging into meeting. If you prefer to only listen to the meeting, you may call 1-844-621-3956 and use Access Code: 173 974 3467 (TTY 711). You can also watch live on my YouTube channel. More information and a video about zMOD can be found here.

How to Help Your Neighbors in Hunter Mill District 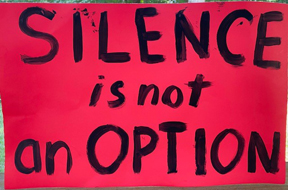 Supervisor Alcorn's Statement on 57th Anniversary of March on Washington and Our Way Forward
This weekend we will mark the 57th anniversary of the March on Washington when Martin Luther King, Jr. delivered his historic “I Have a Dream” speech. The 1963 march, attended by more than 200,000 people, is now widely viewed as a landmark moment in our nation’s struggle for civil rights.   But as we mark this anniversary with a 2020 Virtual March on Washington we should also remember that the civil rights movement was not always popular with the majority of Americans. For example, Gallup’s compendium of favorability rankings of Dr. Martin Luther King, Jr. show that in 1966 Dr. King scored a 63% unfavorable rating in the Gallup survey. By 2011 – 43 years after his assassination – his unfavorable rating was down to 4%. The lesson from this look back is that as we have our own reckoning with racial inequity and injustice we should not assume that progress will be popular or easy.     With that in mind there has never been a better time to move forward and build on the popular support for ending systemic racism in our communities and across the country following the killings of George Floyd, Breonna Taylor and too many others, as well as the recent shooting of Jacob Blake. It is up to us to do the work for a more just and equitable society – starting locally in Fairfax County.    Here is an update of the work that is underway: Several virtual meetings and town halls with community leaders, organizations and residents have taken place to collaborate and discuss how we can move forward with racial equity and police reform, including my town hall on July 1 with Fairfax County Police Chief Edwin Roessler. The Chairman’s Task Force on Equity and Opportunity was formed in June and will begin meeting next month to discuss changes necessary for creating a Fairfax County that works for everyone. Lee District Supervisor Rodney Lusk, as chairman of the Public Safety Committee, is on point with the community and the Police Department to develop police reform measures for Board consideration. This includes our joint Board Matter regarding the deployment of trained unarmed medical, human services, and mental health professionals in instances where mental and behavioral health is the reason for a 9-1-1 call and not criminal behavior.  A database has been created to be a central location for residents to review and comment on Fairfax County Police Department data, reports and reform updates. Information includes use of force polices, body worn camera implementation and the school resource officers scorecard. The General Assembly during the current special session, is working on several police reform measures, including prohibiting no knock warrants and requiring law enforcement officers to report wrongdoing by another law-enforcement officer, among many other bills under review. At my and Providence District Supervisor Dalia Palchik’s request, the Board authorized the Fairfax County History Commission to prepare a report listing a full inventory of Confederate street names, monuments and public places in Fairfax County and on Fairfax County-owned property. This marks Fairfax County’s first step toward de-Confederatizing our public names and spaces under the authority of the Board of Supervisors – a full 165 years after the Civil War. We will then look at the viability and costs of renaming/replacing these symbols and during these discussions enjoy the benefits of a more robust understanding of our local history.   These are just a few steps in a long journey to racial equity in our community, but it is in the right direction. And like the advocacy of Dr. King toward the end of his life, much more is also needed to address economic equity.    There may not be many bright spots when we look back at 2020, but let’s put in motion the policies and initiatives that our children and grandchildren will appreciate as important steps to end racial injustice and build a more inclusive county.
More News
Close
Fairfax Virtual Assistant