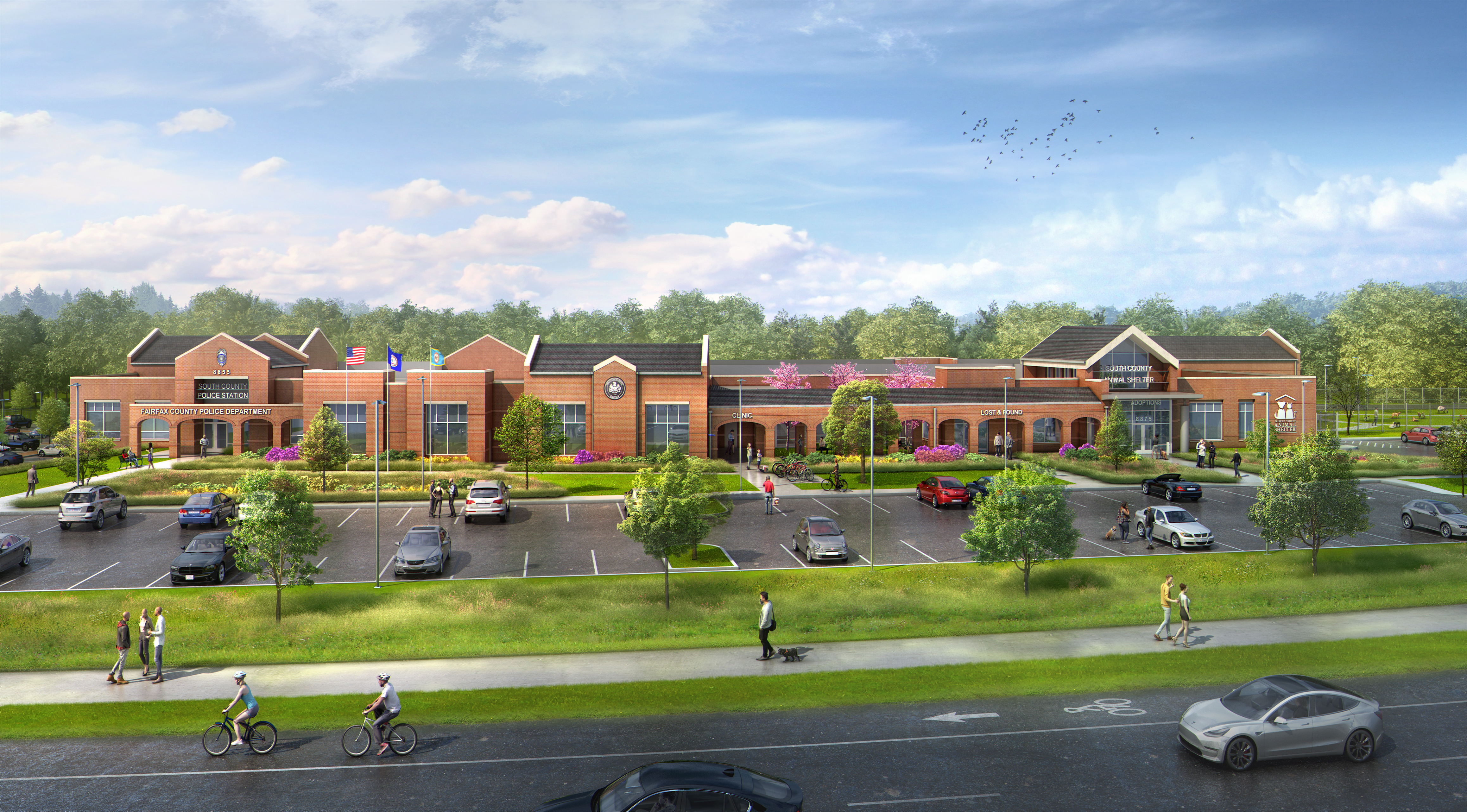 The project is currently under construction with an anticipated Substantial Completion Spring 2023.

The southern part of Fairfax County has a growing need for police and animal shelter services. Currently the Franconia and West Springfield District Police Stations service the central and southern areas of Fairfax County. An additional police station will allow the department to organize smaller patrol areas and decrease response times throughout the county. The site will also be home to the county’s second animal shelter. Animals in the south county area must be transported long distances to the current shelter in Fairfax. The new shelter will be much more convenient for residents and Animal Protection Police Officers.

Mount Vernon Supervisor Dan Storck convened an eight-member steering committee to communicate with interested community members and to advocate with county staff, architects, and key stakeholders during the development of the facility. The composition of the committee is representative of diverse community interests including area neighbors, HOA members, community members with law enforcement and animal shelter experience, and members of the South County Federation. 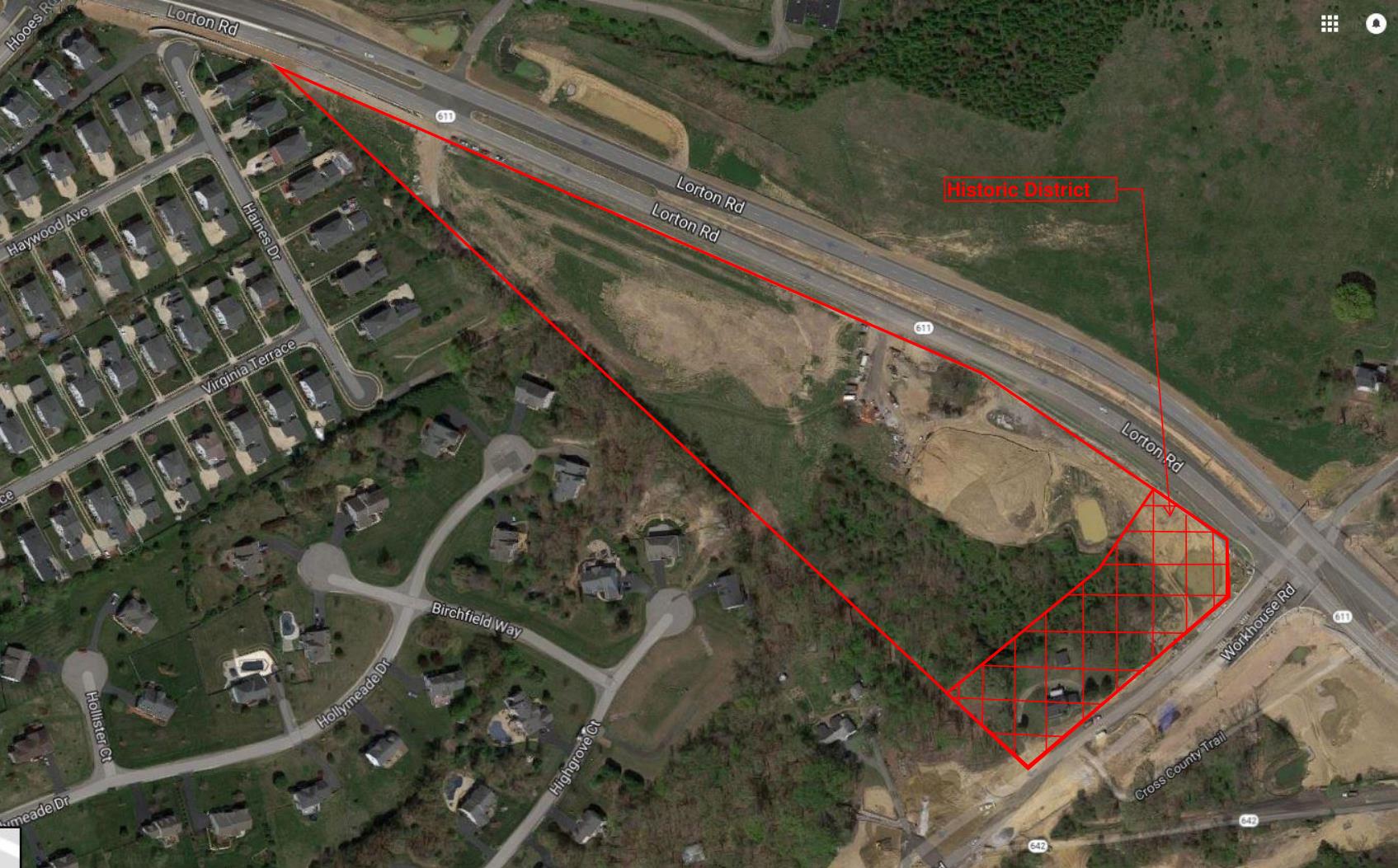 The facility will be built on the newly widened Lorton Road on a parcel known as the “Triangle,” located between the intersections of Workhouse and Hooes Roads. This parcel was designated for public safety use in 2001. The amended Comprehensive Plan was approved by the county and the previous owners, the General Services Administration.

The growing population of southern Fairfax County will be served by the new police station and animal shelter. Officers will have a shorter distance to drive when responding to calls, and officers won’t be pulled away from their own districts. The new South County Animal Shelter will offer services such as rabies clinics, pet adoptions, spay and neuter services, wildlife education and a volunteer program in a convenient location.

Presentations to the Community