The Workhouse Campus is a historically important county-owned property. It is the site of the former Lorton Reformatory operated by the District of Columbia Department of Corrections. The original prison buildings were constructed beginning in 1910, but none of the original buildings remain. The current buildings on the Campus were constructed in the late 1920s and early 1930s. The Lorton Reformatory closed in 2001 and the following year it was part of a 2,440-acre land purchase by Fairfax County from the federal government. Pursuant to Section 106 of the National Historic Preservation Act, the federal government entered into a legally binding Memorandum of Agreement with Fairfax County and other interested parties to preserve the historically significant buildings and structures on the Campus in a manner that favors adaptive reuse.

In July 2004, the Fairfax County Board of Supervisors rezoned the Campus to the Planned Development Commercial (PDC) District to permit repurposing by the Lorton Arts Foundation (LAF) through the adaptive reuse of the existing historic structures and the construction of new buildings with a mix of uses including: theaters, artist studios, an events center, museums, a music barn, other similar facilities, restaurants, commercial recreation, and housing for resident artists/performers to establish the Campus as a unique arts, cultural and recreational resource for the community. Eleven historic buildings on the Campus have been restored resulting in the activation of approximately 95,881 square feet as an arts center. Also, located on the Campus is an 82,500 square foot green space (the Quad) and nearly 1,000 parking spaces. The Campus was originally envisioned to include: artists’ studios (70,429 sq. ft.), a prison museum and community heritage center (15,200 sq. ft.), an art gallery (15,600 sq. ft.), an events center for weddings, receptions, conferences, etc. with up to 600 seats (36,250 sq. ft.), a 300 seat performing arts center consisting of black box or flexible space that may also be used for events center uses (37,150 sq. ft.), a theater with 450 seats (11,250 sq. ft.), a music hall with 300 indoor seats and up to 500 outdoors lawn seats, an outdoor horticultural display area with a 2,424 sq. ft. of indoor display area/greenhouse, and the adaptive reuse of other historic structures to support the arts center such as office space and storage.

The open space on Campus includes the Quad, various lawn spaces in and around buildings, outdoor dirt trails, the Cross County Trail, and a historic baseball field, including associated bleachers, stands and dugout that are also historic structures. Previous approvals also allow for the construction of new buildings to house two eating establishments (400 seats total) and forty dwelling units originally intended for artists and performers in two “live-work” multi-family structures. In total, the approved zoning applications allow for the adaptive reuse of more than 211,000 square feet within 25 historic structures and construction of more than 60,000 square feet in four new structures.

The Workhouse Campus, which is listed on the National Register of Historic Places, anchors the northern end of the NOVA Arts and Cultural District that was created in 2017 with the Occoquan Regional Park and the Town of Occoquan.

Renderings of the Project 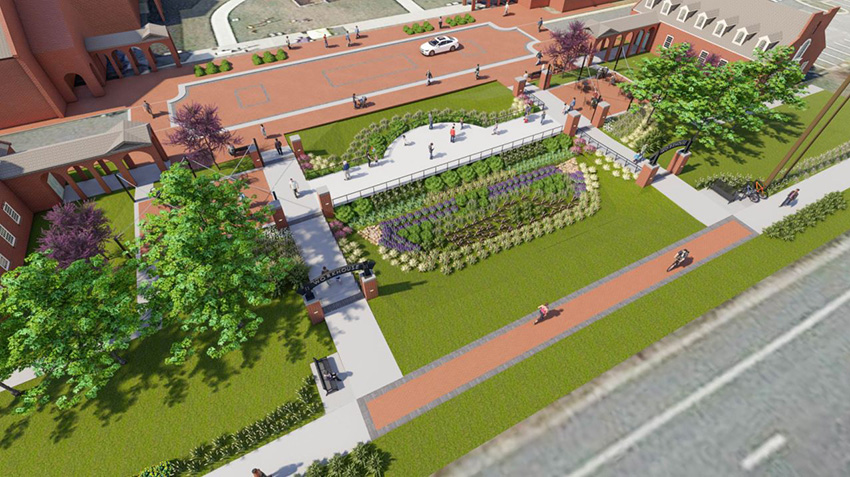 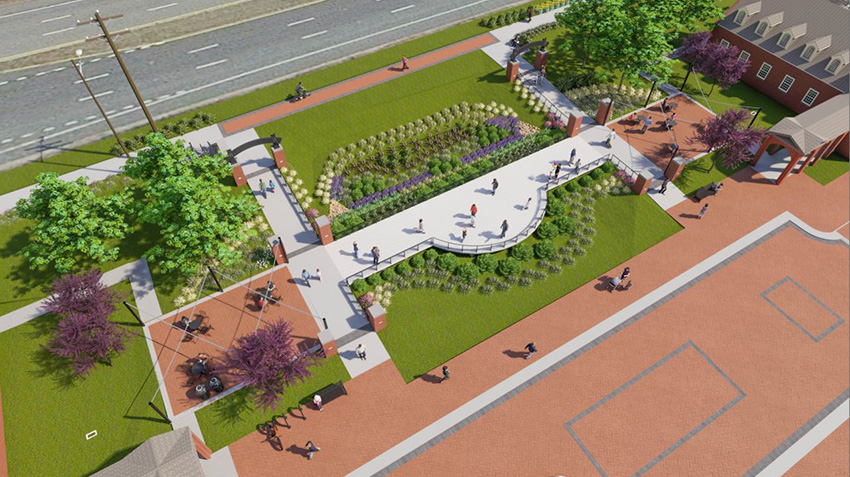 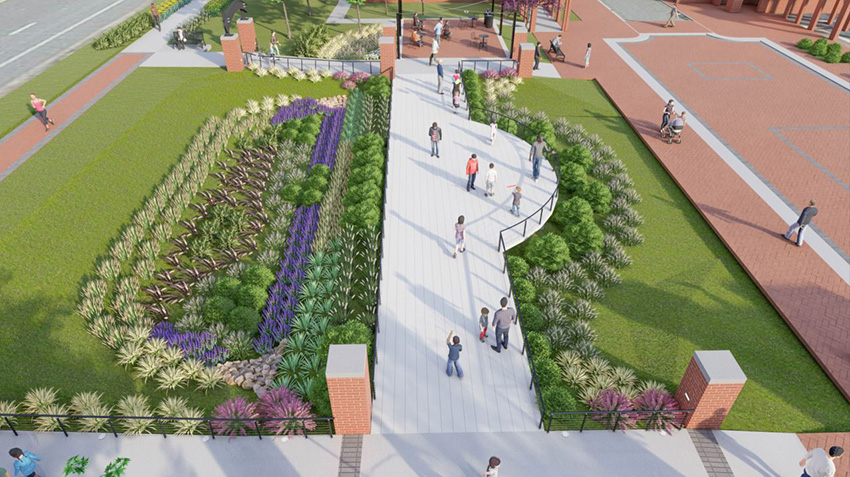 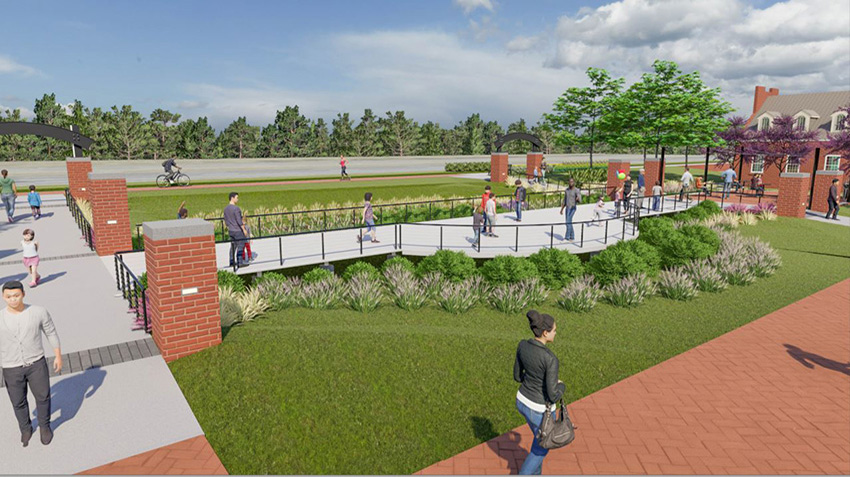 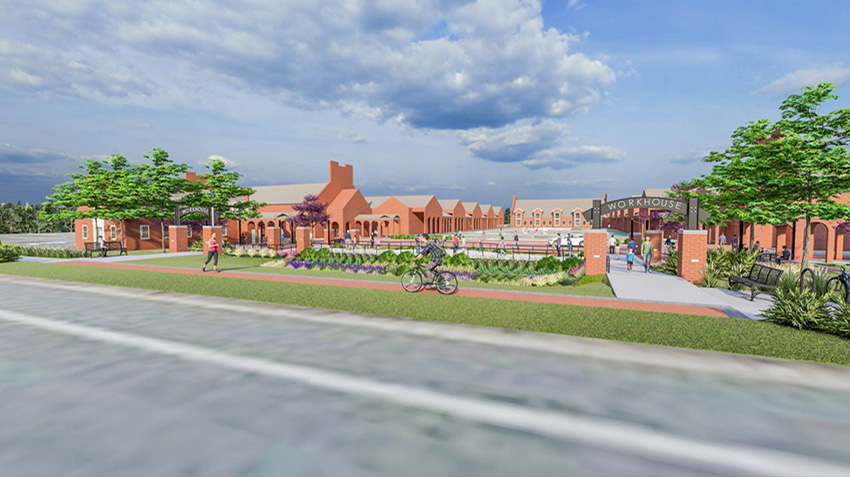 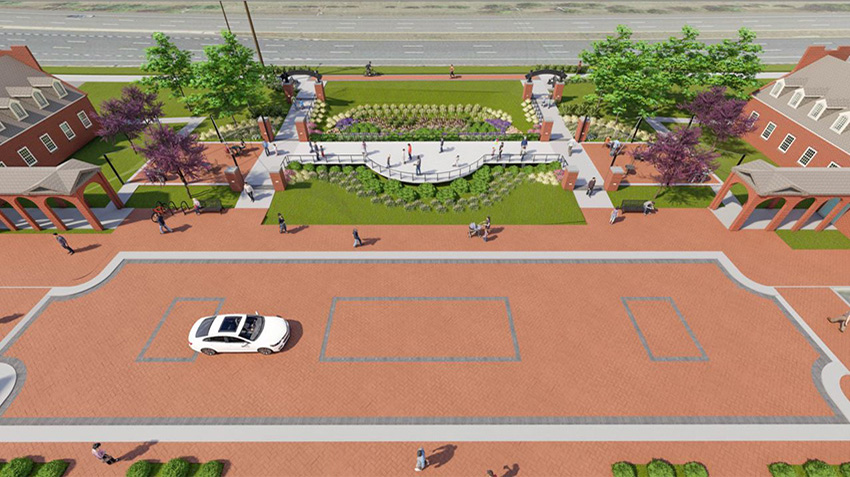 This project is the exterior historic restoration and an interior renovation to an open plan and a warm-lit-shell renovation of two approximately 4,500 sq. ft. historic buildings for future tenant fit-out. Also, to support placemaking goals on the Workhouse Campus, the project includes natural landscaping and site enhancements in a shared courtyard and streetscape improvements along Ox Road.

The project has moved into the bidding and construction phase.

* Based on lease and tenant fit-out schedule completion.

Presentations to the Community

REQUEST FOR EXPRESSIONS OF INTEREST (RFI)

The County of Fairfax, Virginia (the “County”) seeks to explore the lease potential of two vacant and underutilized buildings, W13 and W15, on the 50-acre Workhouse Campus located at 9518 Workhouse Way, Lorton, Virginia, also known as Fairfax County tax map reference 106-4-01-0058. The County of Fairfax owns the campus property, which is listed in its entirety on the National Register of Historic Places. The campus contains numerous historic buildings formerly used to house and rehabilitate inmates. Buildings currently in use on the site have been adaptively reused and operate as the Workhouse Art Center pursuant to agreement between the County and Workhouse Arts Foundation, Inc (WAF). The County continues to maintain ownership of the entire campus and has oversight of all activities and operations that occur there. WAF will continue operation, management, and programming of the buildings it occupies.

The overarching vision for the Workhouse Campus is to establish a unique, widely recognized destination of choice, providing dynamic and engaging arts, cultural, educational, and community building experiences with unique economic development opportunities. In addition to the regularly scheduled WAF classes, camps and art exhibitions, the campus is home to several large events including community farm markets, drive-in movies, fireworks, Brewfest and the annual Mount Vernon Days. One of the most well-known events is a “Haunt”, a community event that brings in over 8,000 people to the site over several weekends in the fall.

How to Respond to the RFI

RFI responses will be accepted, reviewed and possibly recommended for further consideration of development or implementation on a rolling basis in order of submission.

Tours of the Workhouse Campus for potential RFI respondents are available upon request.

Questions regarding this RFI may be submitted below. Questions must be made on behalf of a prospective respondent and must include the requestor’s name, email or mailing address, telephone number, and the name of the prospective partner.