Dontaè L. Bugg will be presented his official commission as a Fairfax Circuit Court judge on Friday, May 10, at 4 p.m. at the Fairfax County Courthouse, Courtroom 5J, 4110 Chain Bridge Road, Fairfax.  The public is invited to attend the investiture ceremony. 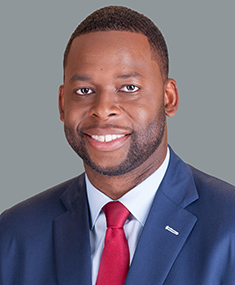 At the ceremony, State Senator Scott A. Surovell will present Bugg with his official commission and Retired United States District Judge Gerald Bruce Lee of the United States District Court for the Eastern District of Virginia will ceremoniously administer the oath. Bugg previously took his oath of office on March 15.

Before joining the Circuit Court, Bugg served as a substitute judge for the General District Court and Juvenile and Domestic Relations District Court from November 2016. Prior to taking the bench, the judge was the founder of Bugg Law Firm, PLLC, focusing his practice on criminal defense in federal and state courts, as well as domestic relations.