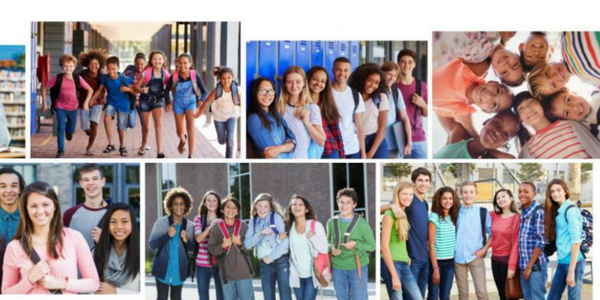 Mental health issues (such as persistent sadness/hopelessness, suicidal thoughts and suicide attempts), physical activity, amount of sleep and fasting are among the issues that influenced the health and wellbeing of Fairfax County youth in the 2020-2021 school year, according to the annual Fairfax County Youth Survey. In addition to shedding light on students’ behaviors and experiences, the survey also identifies ways that you can actively help teens succeed and avoid or reduce risky behaviors.

Overall, youth in Fairfax County report prevalence near historic lows for risk behaviors including substance use, sexual activity and aggressive and delinquent behavior. However, there remain some challenges as well.

2.) Alcohol Use and Vaping Remain Common, Though Down from Previous Years

Among all substance use behaviors, alcohol use and vaping were most common. A little over 10% of the eighth-, tenth- and twelfth-grade students (10.1%) reported drinking alcohol within a 30-day period. The rates for past month alcohol use declined from 15.2% in 2019. Almost 8% (7.9%) reported vaping in the past month. In 2019, the rate for vaping was 15.1%. This year-over-year change should be interpreted with caution as it requires more time to establish longer-term trends to determine meaningful patterns.

3.) Physical Activity and Amount of Sleep Continue to Decrease

4.) More Students Report Fasting to Lose Weight than Before

Over eleven percent of students (11.2%) reported going without eating for 24 hours or more in order to lose weight in the past month, with over twice as many female students (15.2%) reporting the behavior compared to male students (6.6%). This is the highest rate recorded since 2015 and an increase of three percentage points from the 2019 rate.

5.) Most Students Feel Safe and Supported at School

The Fairfax County Youth Survey examines assets or protective factors within the school, community and family domains that promote well-being and positive development in youth. According to the findings, the majority of the eighth-, tenth- and twelfth-grade students reported assets in the school domain including feeling safe at their school (83.9%), having opportunities to talk their teacher one-one-one (78.2%) and having teachers who notice if they do a good job (60.1%).

Since 2001, the Board of Supervisors and the School Board have co-sponsored the Youth Survey, which helps monitor behavior trends and changes among our youth and provides crucial information to help prioritize the focus for prevention and youth development efforts throughout the community. It is an anonymous and voluntary survey given each year to Fairfax County Public Schools students in grades 8, 10 and 12 (sixth graders take a modified, shorter survey).

A total of 33,479 eighth-, tenth- and twelfth-grade students participated, representing 76.1% of enrolled students. A total of 11,069 sixth grade students participated in the sixth grade survey, representing 82.6% of enrolled students. In 2020, the Fairfax County Youth Survey was not administered due to COVID-19; the 2021 survey is the first Youth Survey since the pandemic started.

Learn More About Three to Succeed