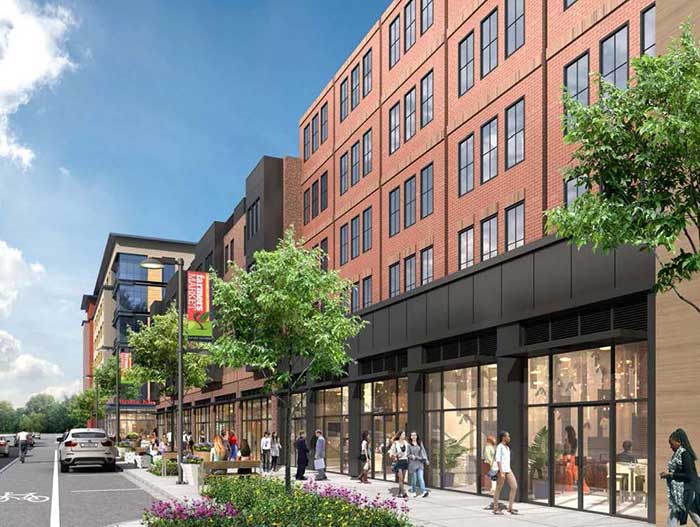 The Fairfax County Board of Supervisors approved JBG and EYA’s development plan on Dec. 4, 2018.

The action allows the development team to remake the 17.5-acre property located on the south of Sunset Hills Road between Wiehle Avenue and Michael Faraday Drive.

This property lies within a half-mile east of the Metro station, joining Comstock’s approximately 3 million square feet in approved, mixed-use development next to this rail stop. 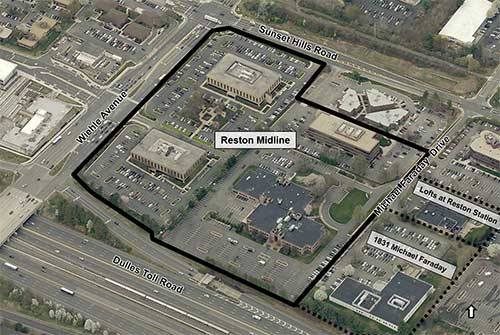 Today, the site is developed with four low-rise office buildings and a surface parking lot that were built from the mid-60’s to mid-80’s. 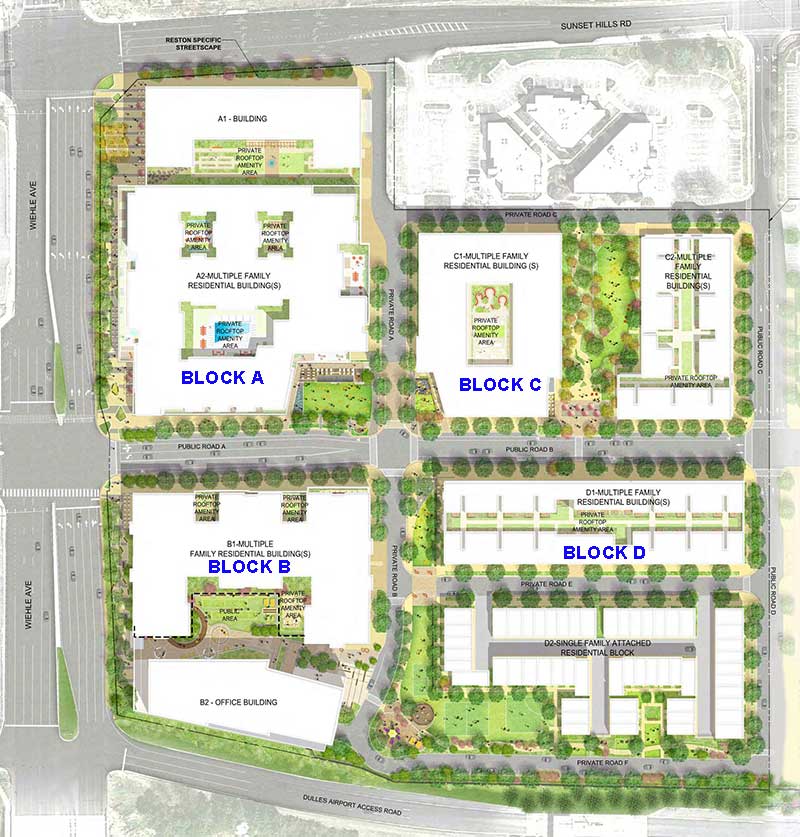 The project will set aside 14 percent of residential units for affordable housing. The entire development also includes ground-floor retail in every building except the office and townhomes.

The county’s approval also allows JBG and EYA to pursue two alternative development plans for blocks C and D. On block C, the smaller of the two apartment buildings could be replaced with 35 townhomes. On block D, the apartment building could grow to a nine-story building with 90 units and an additional 24 townhomes would be added.

Reston Midline dedicates 29 percent of its site as open space, more than recommended by the county’s land use plan. The nearly three acres in parks, includes: 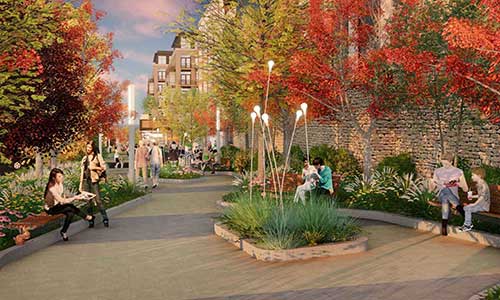 Surrounding Development on North Side of the Metro Station

Reston Midline will rise up next to other mixed-used developments approved for this area. To the west, Comstock’s Reston Station Promenade will put 1.3 million square feet directly across from Reston Midline. Immediately adjacent to the Silver Line station, Comstock’s Reston Station project was approved for 1.7 million square feet.