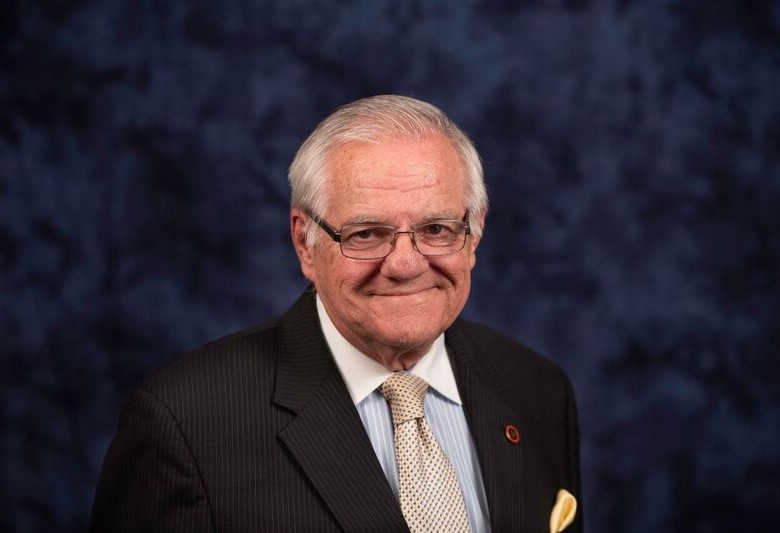 Peter F. Murphy was appointed to the Planning Commission by the Board of Supervisors in December 1982 to represent the Springfield District. His current term will expire in December 2022. Commissioner Murphy continues as Commission Chairman – first elected in 1989. He previously served two terms as Vice Chairman and three years as Commission Secretary.

Commissioner Murphy served as the Board of Supervisors’ appointee to the Baseball Site Selection Task Force and served as Chairman of the Western Fairfax VRE Station Study Task Force. He also chaired the County’s Telecommunications Task Force. He was the first elected chairman of the Northern Virginia Planning District Commission’s Council for Planning Commission Chairmen. Commissioner Murphy was appointed in June 2006 and still serves as an At-Large member of the Celebrate Fairfax, Inc. Board of Directors. He is also a member The Old Guard Monument Campaign Leadership Council. In 2010, he was selected to serve on the Department of Defense 50th Anniversary of the Vietnam War Commemoration Commission.

Commissioner Murphy is the recipient of the following awards and honors: the Department of the Army Commander’s Award (Medal) for Public Service (2009); the 2007 Lawrence V. Fowler Award, established to recognize the service of a member of a county government board, authority, commission or committee; the 2006 Katherine K. Hanley Public Service Award from Leadership Fairfax, Inc.; the Times Courier Citizen of the Year Award; the Distinguished Public Service Leadership Award presented by the Springfield District Council; the Fairfax County Volunteer of the Year Award in the Community Leader Category; an Honors Award from the County’s Department of Planning and Zoning; the Army Ten-Miler Leadership Award; Honorary Alumnus, Norwich University; Honorary Chief, Burke Volunteer Fire and Rescue Department; and the 2003 James Scott Public Community Spirit Award from Celebrate Fairfax, Inc.

He was also selected as a “Center of Influence” by the U.S. Army Cadet Command in 2010. In 1999, Commissioner Murphy was named Lord Fairfax for the Springfield District, and, in 2013, he received the Celebrate Fairfax Ambassador Award presented to those who have dedicated themselves to the success of Celebrate Fairfax and who have served for extended periods of time significantly improving the organization and its events.

Commissioner Murphy, a graduate of Boston College who received an Army Commission through the Reserve Officers’ Training Corps program, is in the public relations and communications field in the private sector.