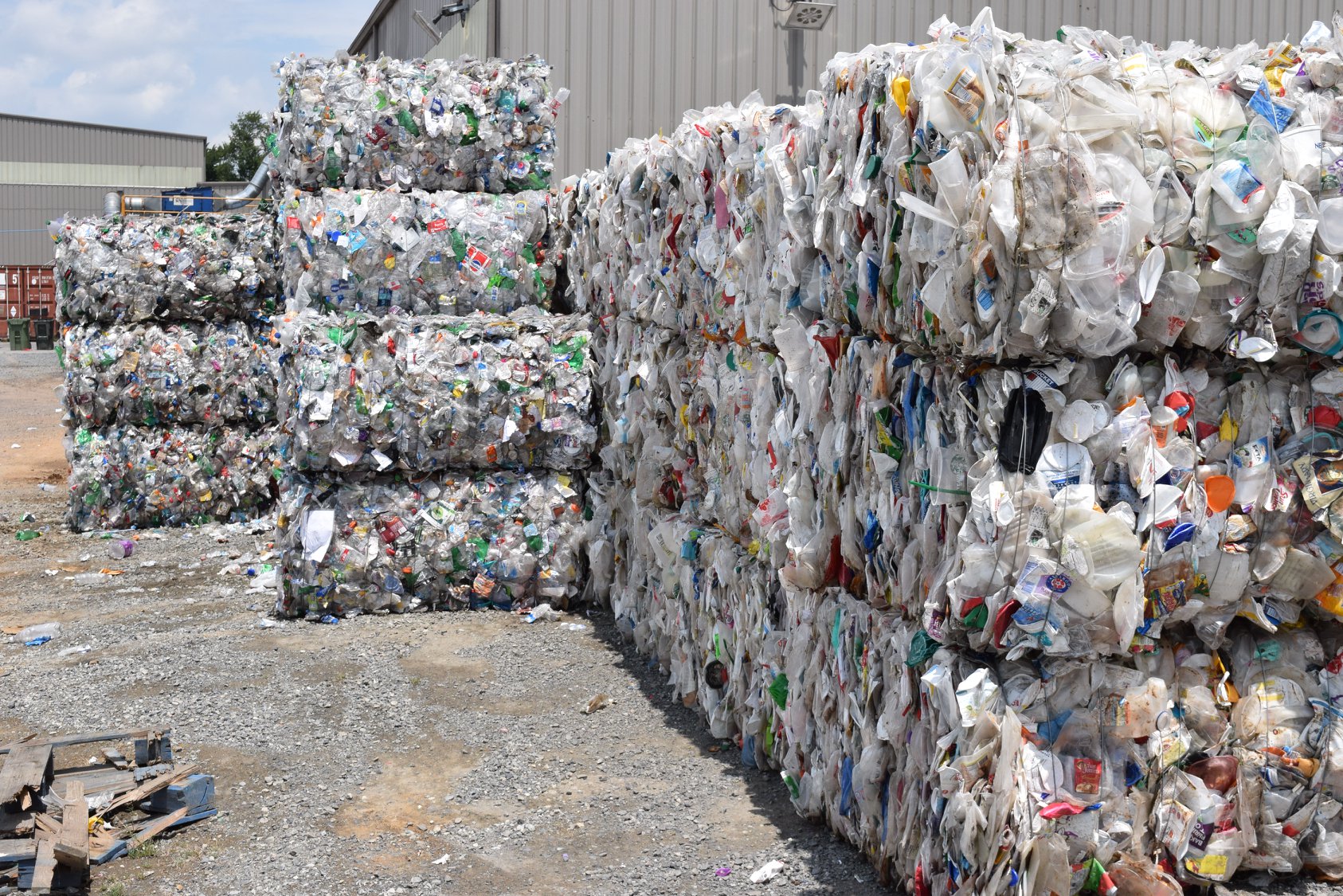 What happens to your recycled items these days?

That’s a good question as the worldwide recycling market has changed dramatically in recent months, especially due to “Operation National Sword” in China.

Here in Fairfax County, the local third-party recycling processor says nearly 30 percent of material received is actually trash. To do our part in this worldwide process, we need everyone to focus on reducing the amount of contaminated materials placed in recycling bins. There are five ways you can help stop the practice of “wishful recycling” – placing items in the recycling bin because you think they will probably be recycled.

5 Ways to Adjust Your Recycling Habits

Wishful recycling actually harms the whole process described below, so here are five ways you can help:

If changes aren’t made to how we recycle, then that could lead to even higher costs, wishful recycled items left at the curb and future changes to pickup procedures (such as sorting your recyclables rather than placing them all together).

Download our “Always/Never” recycling flyers for a handy guide:

Where Does Your Recycling Go?

Fairfax County collects trash and recycling from 44,000 customers living in sanitary districts. The other 90 percent of the county is served by about 20 private collection companies. Materials collected in the curbside recycling program are transported to third-party sorting centers.

Fairfax County pays the sorting centers a fixed processing fee plus the cost to dispose of non-recyclables. While processing and disposal costs have remained fairly steady, recycling program costs have risen significantly for Fairfax County collection customers to $80,000 per month now.

Until recently, the ultimate destination for much of our processed recyclables was China’s manufacturing industry. China has enacted stricter standards (“Operation National Sword”) on imported recyclables and is accepting only a fraction of the volume of what it had in the past. China had been buying most of the material that is difficult to recycle domestically (number 3-7 plastics, mixed paper).

Approximately 30 percent of the material that passes through the sorting facility is not recyclable — it is actually waste that was placed in the wrong container or acceptable recyclable material that has been contaminated by dirty items. Much of this waste had been passed on to China to sort through. The cost to process/sort this waste is greater than the cost to dispose of it if it is collected as trash. 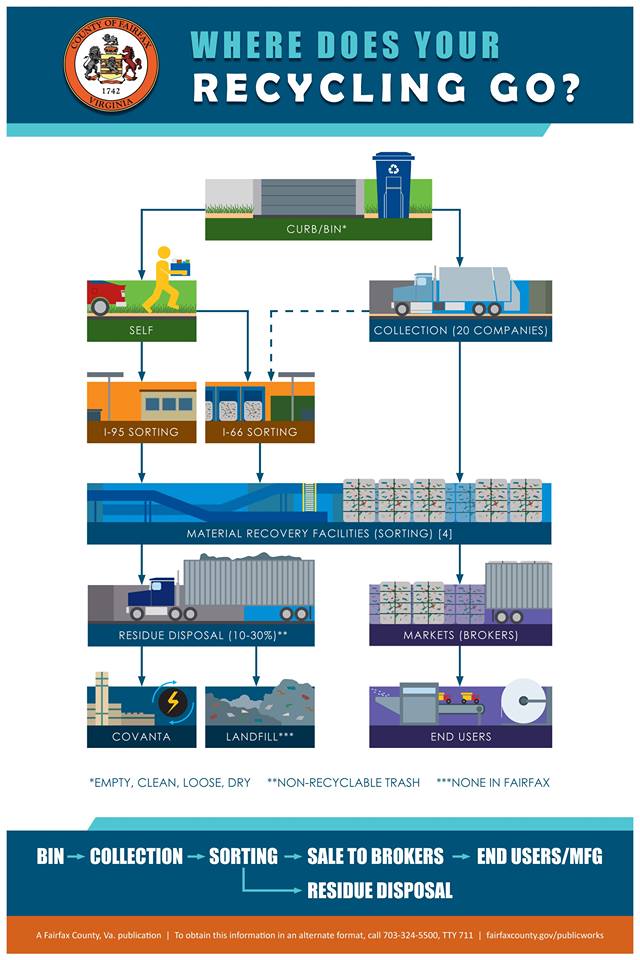 Take a look at these photos so you can see what happens after you place your items in a recycling bin.

To reduce the cost of processing and disposal of non-recyclable material, the amount of contamination being delivered to local processors needs to be significantly reduced . The recycling industry has responded by slowing down the sorting process to allow their employees to remove contaminants (trash and undesirable material) to improve the quality of recyclables being exported. This change has increased the per-ton cost to process recyclables.

If you have questions about recycling, there are three main processors of recyclables in the region:

You can also follow our Environment Facebook page, which features occasional updates on recycling in the county.

Business Licenses Due March 1 to Avoid a 10% Penalty

Shaping the Future: 5 Things to Know About the Proposed Countywide Strategic Plan

Board of Supervisors Approves Increase to Affordable Housing Options

Bag Yard Waste - But Use Paper (or Containers), Not Plastic
Yeah, You Can Compost That Food
Board of Supervisors Approves Increase to Affordable Housing Options
Close
Fairfax Virtual Assistant