How to Keep (Eww!) Asian Longhorned Beetles Out of Our County 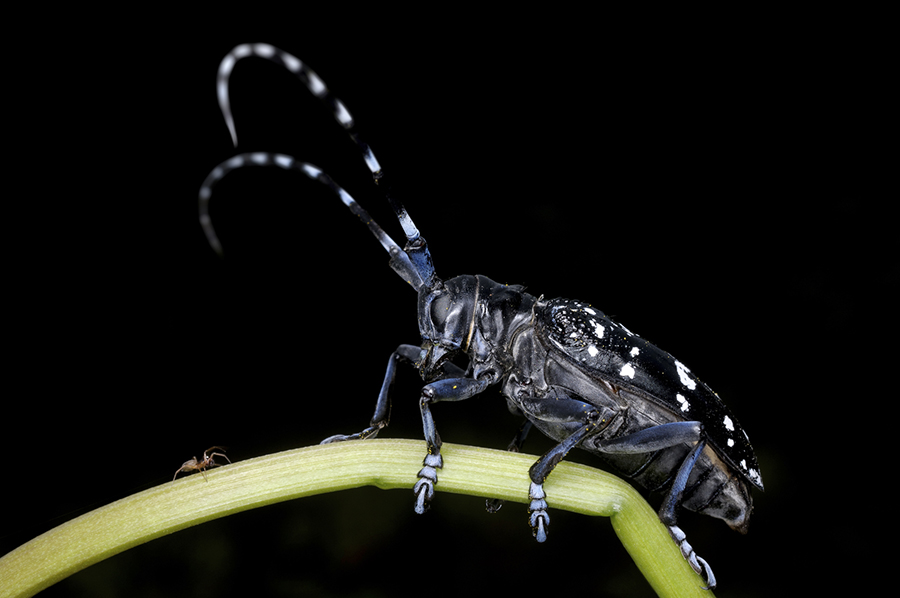 The Asian longhorned beetle is one of the most serious and destructive tree pests to strike North America. So far, this insect has not been found in Fairfax County.

However, it’s in this country — so far, this insect has been found in the New York City metropolitan area, Chicago, two locations in New Jersey, Toronto, Worcester, Mass., and most recently, in Hollywood, S.C.

A native of China, this wood boring insect most likely came to our country through packing crates. Like many exotic invasive insects, it has no natural enemies to keep the population in control. The beetle is slow to spread on its own during the early stages of an infestation, so early detection and reporting is critical to containing it.

Asian longhorned beetles have the potential to destroy millions of acres of hardwood forests as well as residential landscape trees . Trees at most risk include:

Asian longhorned beetles are active in the late summer and early fall, so now is a good time to check the trees in your yard and community for signs of infestation.

According to the United States Department of Agriculture (USDA), signs to look for include:

The Asian longhorned beetle has distinctive markings that are easy to recognize:

What to Do if You Find Infestation

Business Licenses Due March 1 to Avoid a 10% Penalty

Shaping the Future: 5 Things to Know About the Proposed Countywide Strategic Plan

Board of Supervisors Approves Increase to Affordable Housing Options