Office of the Fairfax Commonwealth's Attorney

The Office of the Commonwealth's Attorney (OCA) oversees the prosecution of crimes committed under the Code of Virginia occurring within Fairfax County. The OCA is committed to promoting the long-term safety of the community while reforming Fairfax County’s justice system to mitigate mass incarceration and address racial and socioeconomic disparities. The office prosecutes all misdemeanor and felony criminal matters, as well as delinquency matters. As a result, the office practices in Fairfax County General District Court, Circuit Court, and Juvenile and Domestic Relations District Court. The OCA serves the entirety of Fairfax County, including the City of Fairfax, the Town of Herndon, and the Town of Vienna, a total of approximately 1.2 million residents that constitutes the Commonwealth’s largest jurisdiction. The OCA’s caseload is among the highest per prosecutor in the Commonwealth. 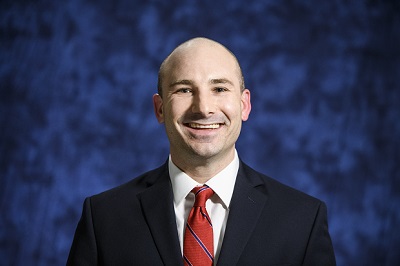 Steve Descano was sworn in as the Commonwealth’s Attorney for Fairfax County and the City of Fairfax in January 2020. He is a veteran, former federal prosecutor, husband, and father.

Since taking office, Steve has undertaken a reform agenda aimed at mitigating racial and socioeconomic disparities and countering mass incarceration in Fairfax County’s Justice System - while keeping our communities safe. Under his leadership, the Office of the Commonwealth’s Attorney has stopped requesting cash bail, implemented a new sentencing policy to address mass incarceration, and restructured the office to produce accountability around reforms, among other initiatives.

A West Point graduate, Steve served as a helicopter pilot and U.S. Army Officer before putting himself through law school and becoming a federal prosecutor. He served in the Obama Administration’s Justice Department for six years, specializing in the prosecution of complex financial crimes.

After his work in the Justice Department, Steve was selected as the Fairfax County NAACP’s first nominee to the County’s Police Civilian Review Panel. He also worked to help families throughout the region as the Chief Operations Officer and General Counsel at Paragon Autism Services, Northern Virginia’s premiere provider of Applied Behavior Analysis therapy for children with Autism.

Steve lives in Burke Centre with his wife, Ryanne, and his daughter, Charlotte.