Domestic and Sexual Violence Services Kicks Off 16 Days of Activism

Thursday, Nov. 25, 2021 is the International Day for the Elimination of Violence against Women and it kicks off the 30th anniversary of the 16 Days of Activism campaign.

Every year, from November 25 to December 10 (World Human Rights Day), 16 Days of Activism calls for action against one of the world’s most egregious and persistent violations of human rights--violence against women.

During the 16 Days of Activism, people around the globe will raise awareness about gender-based violence, challenge discriminatory attitudes and call for improved laws and services to end violence against women for good.

This year, 16 Days of Activism will focus on the issue of femicide, or the gender-related killing of women. In addition, the campaign will continue its work to end gender-based violence in the world of work by focusing on the link between domestic violence and the world of work.

The History of 16 Days of Activism 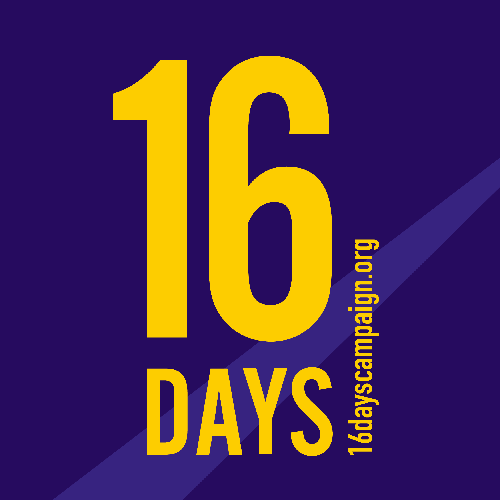 On November 25, 1960, Patria, Minerva, and Maria Teresa Mirabal, three sisters and political activists who opposed the cruelty and violence of the Trujillo dictatorship in the Dominican Republic, were clubbed to death and dumped at the bottom of a cliff.

To commemorate their sacrifice, November 25 was declared International Day for the Elimination of Violence against Women in Latin America in 1980. The United Nations formally recognized the day in 1999.

16 Days of Activism was started by activists at the inaugural Women’s Global Leadership Institute in 1991 and continues to be coordinated each year by the Center for Women’s Global Leadership. It is an organizing strategy by individuals and organizations around the world to call for the prevention and elimination of violence against women and girls.

Why Is This Important?

Violence against women occurs at an alarming rate across the globe. Too often it is excused as acceptable behavior. Recent movements such as #MeToo and #TimesUp have drawn attention to this issue.

In Fairfax County, speaking out against gender-based abuse is something Domestic and Sexual Violence Services (DSVS) does every day. From providing resources, counseling, advocacy, and support to joining forces with community partners to raise awareness about the issue and help change attitudes about unhealthy relationship behaviors, DSVS works to respond to and prevent violence against women.

But violence against women is a global problem that requires global action. Calls for action, like the 16 Days of Activism, are crucial because they shine a spotlight on the issue of violence against women. They help create public awareness about what needs to change to prevent it from happening in the first place--at local, regional, national, and international levels.

How Can You Get Involved?

Violence against women is a global issue, and as such, can feel overwhelming. You can help by getting involved on a local level:

This posting is part of the Department of Family Services' Community Corner where you’ll find timely information about upcoming events, parenting and wellness tips, programs and services, and more! Share these helpful posts with your friends and family. Don't miss out on future postings! Sign up today!