As science broadens our reality, fantasy extends the imaginary even further. 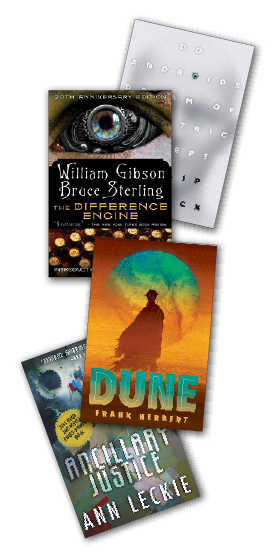 Surrounded by science harnessed for practical purposes, what do we do with it? We dive deep into imaginary worlds.

We play video games where we fight dragons, build worlds and hunt for treasure. We 3D-print game pieces or figurines for tabletop campaigns. We watch television shows and movies about vampires, superheroes and time travel. We fly drones with cameras so we can envision what it’s like to soar above the trees or down a waterfall. We seek out ways to free our imaginations and re-imagine the stories many of us read as kids — fairy tales and fantasies.

The expansion of what technology can do, and what authors can imagine, has led to the emergence of new types of fantasy books. Fairfax County Public Library’s collection has many titles in the newly-named genres of steampunk, cyberpunk, planetary romance and space opera — and some of these books have been around for a while, just waiting for you to find them: