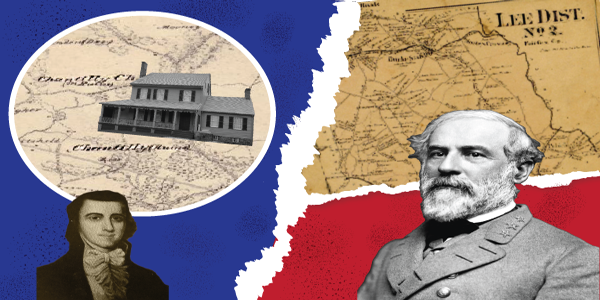 Fairfax County’s Redistricting Advisory Committee recently approved its final report to the Board of Supervisors, recommending that Lee and Sully magisterial districts be renamed.

The report recommends that these two names be changed because they no longer reflect the county’s values due to their association with the Confederacy and slavery.

The volunteer group, appointed by the Board of Supervisors, was charged with evaluating the names of the county’s nine districts with a focus on racial and social equity. The committee was not tasked to propose new names, however.

“While we used specific criteria to look at district names, at its core they centered on whether the names represent Fairfax County’s values and celebrate the best qualities of our shared community,” said Paul Berry, who chaired the 20-member committee. “To come to our recommendations, we also used public input, historical records, demographic information, Census data and the lived experiences, or ‘living history’ of today’s residents.”

With the group’s report in hand, the Board of Supervisors will now decide whether to rename any districts, as well as determine any public process for choosing new names.

WHY RENAME LEE AND SULLY DISTRICTS

To decide if a district name warranted evaluation and discussion, the committee used seven criteria that included:

These criteria led the group to look at the names of the Lee, Sully, Mason, Springfield and Mount Vernon Districts. The committee only recommended that Lee and Sully Districts be changed, but the group did not express support for renaming Mason, Mount Vernon or Springfield Districts.

While the report acknowledges that the historical record is inconclusive if Lee district is named after the Confederate general or a family member, it recommends a name change regardless.

“Whether the Lee name attributed to Lee District is or is not Robert E. Lee is immaterial if the Board of Supervisors is to change names associated with the Confederacy but leaves in place a name which will cause confusion because of ambiguity,” the report says.

As for the Sully District, the report recommends it be changed because it is named after Sully Historic Site, and “the farm was supported by enslaved African Americans who were field laborers, domestics and skilled artisans.”

The Redistricting Advisory Committee began its work in mid-January, and it held nine public meetings. At the first meeting of 2022, it passed a resolution affirming a commitment to apply the One Fairfax principles to the renaming task. This was the basis for the seven criteria that guided the group’s work.

County residents, civic groups and business organizations were invited to offer input and testimony during every point of the committee’s work.

Committee members, who are county residents, also represented Fairfax County’s diversity. The committee was composed of members from each of the county’s nine magisterial districts, along with representatives from the African-American, Hispanic, Asian/Pacific Islander and Arab-American communities. Civic, labor and business organizations were also represented on the advisory group.