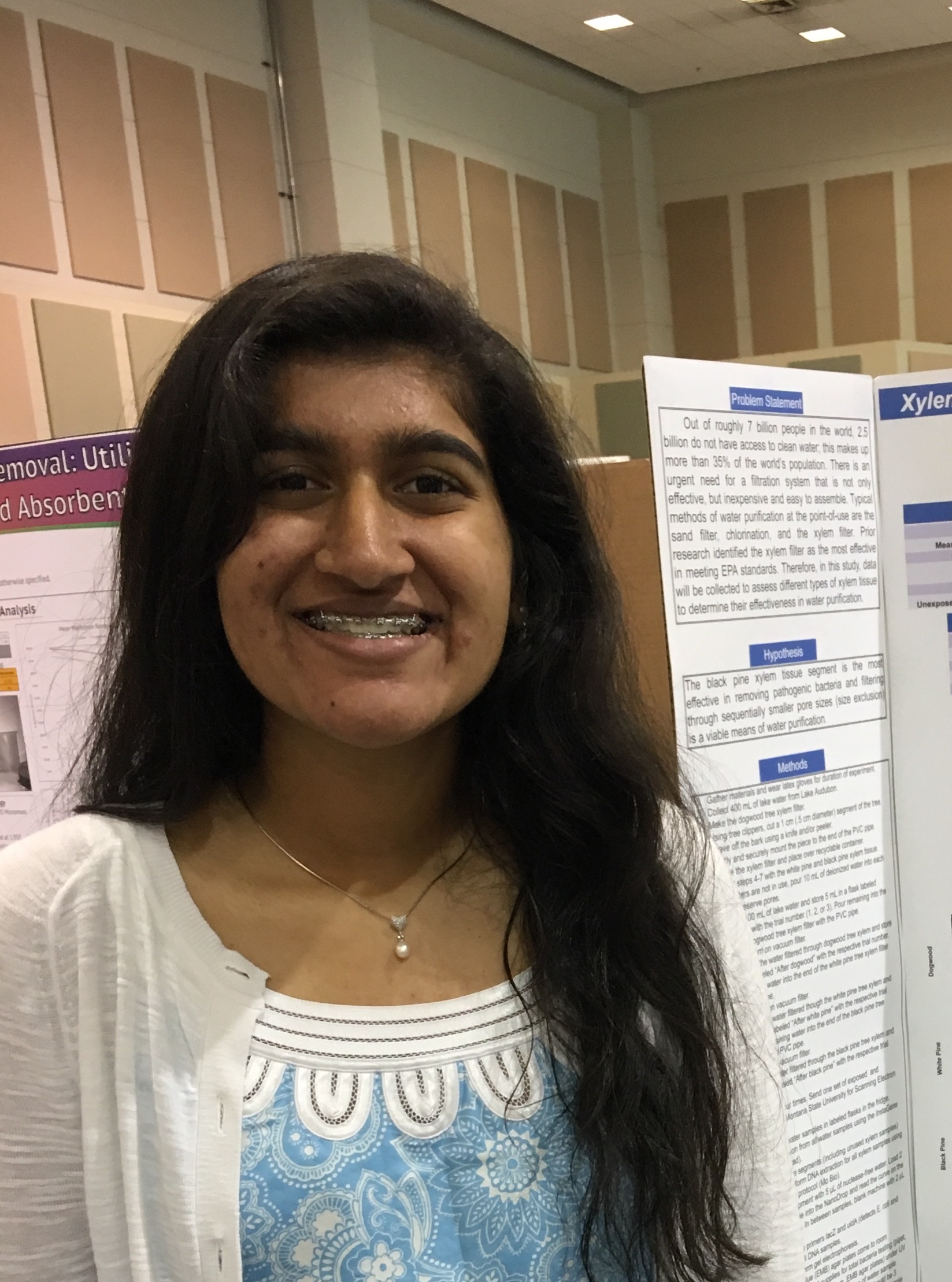 Walking through the halls of Oakton High School, it is common to see water dripping from the pipes in the ceiling since our school is undergoing renovation. At the beginning of the year, the ceiling panels were removed, exposing networks of pipes. One day, a construction worker appeared to be emptying opaque water from the pipes. Given recent issues with potable water, such as concerns regarding lead in Flint, Michigan, I became concerned with whether the drinking water at Oakton was safe. To this end, as a member of the Virginia Association of Soil and Water Conservation District’s Youth Conservation Leadership Institute (YCLI), I chose to explore how high schools in Fairfax County undergoing renovation ensure that their water remains potable. The situation at Oakton embodies the effects of renovation endured all around the nation. Parents want to know that schools place the welfare of their student as their top priority. However, to fully understand if this opaque water is truly representative of the drinking water at Oakton, it is important to understand what happens to this water before it reaches Oakton High School. 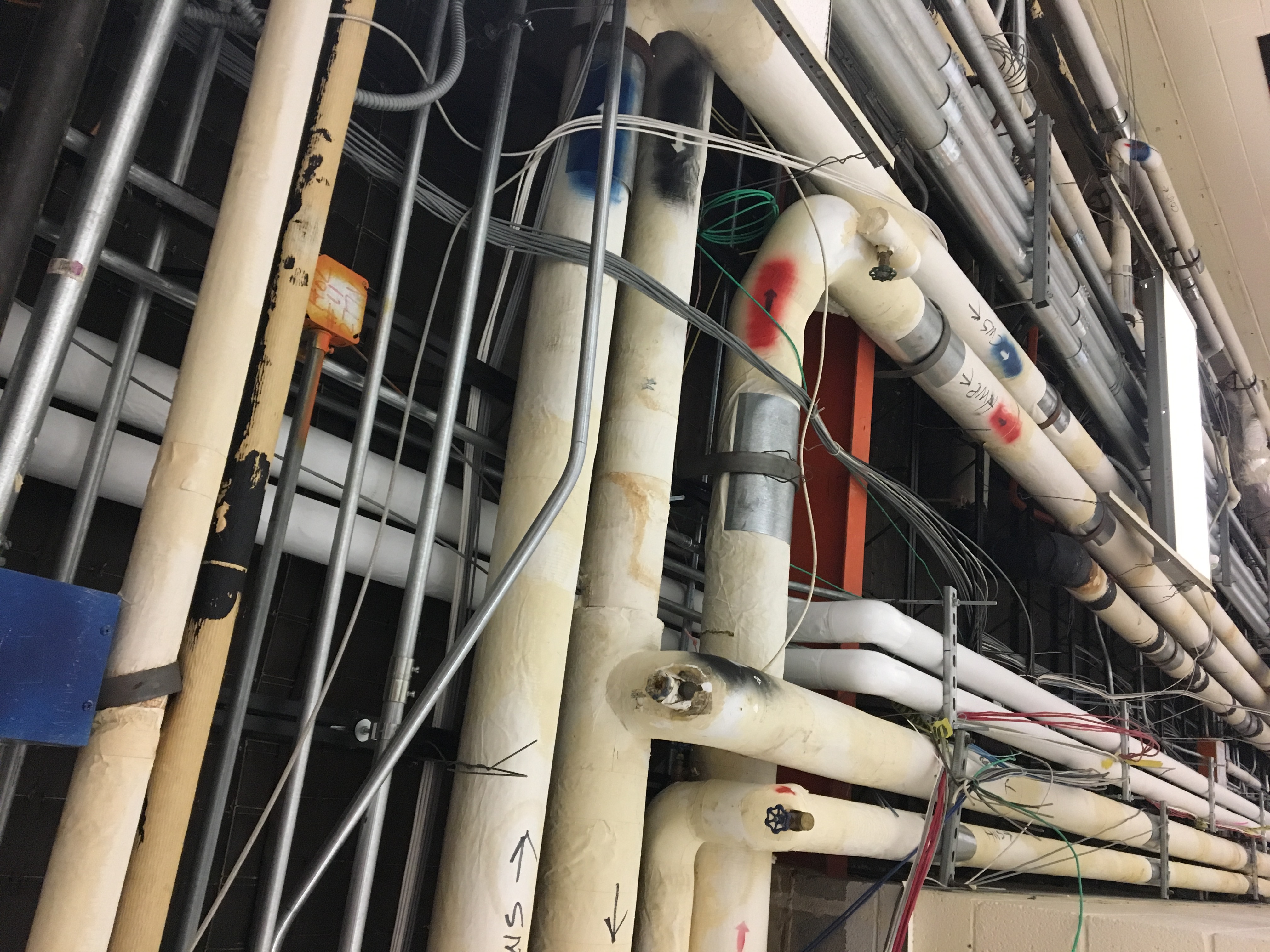 To learn more about how water is purified, I visited the Frederick P. Griffith Water Treatment Plant located at the southern tip of Fairfax Water’s service area in Lorton, Virginia. There, I toured the facility with Fairfax Water representatives. According to their Annual Water Quality Report, Fairfax Water has, since 1992, tested for lead in accordance with the EPA’s Lead and Copper Rule (LCR). Additionally, water quality results were consistently below “Action Levels” in 2017. This essentially validates the purification process Fairfax Water employs, beginning with intake from the Potomac River and Occoquan Reservoir. This raw water is then treated with chemicals called coagulants that behave similar to magnets, grabbing small bits of dirt that then form a large group of dirt called a floc. In this step known as flocculation, the water is stirred as the floc continues to grow, gaining more and more weight. Because of its heavy weight, the floc settles to the bottom of the water basins during a process known as sedimentation. After the floc settles, paddles sweep them away. This next step, known as ozonation, is an extra step Fairfax Water includes in the purification process to add a gas called ozone to the water. The ozone gas acts similar to a fizzy bath for the water, breaking up the remaining dirt particles and bacteria. Now transferred to a clean basin, the water is poured into a filter composed of granular activated carbon (GAC) and sand. This filter effectively traps remaining particles because of the numerous, small pockets between the GAC and sand. In the final step of Fairfax Water’s purification process, fluoride is added to protect teeth and chlorine to preserve the quality of the water as it travels to homes and schools. Because of these extensive purification and testing procedures, the cause of the opaque water is not from Fairfax Water. So, where is this opaque water coming from?

State legislation requires Fairfax County Public Schools (FCPS) to implement a plan that tests and remediates if necessary potable water sources including water fountains. Such legislation, according to the 2018 Environmental Quality Advisory Council Annual Report, is found in Senate Bill 1359 (2017) that amends the Code of Virginia to include sections on potable water and lead testing in the wake of Flint-like crises. The testing plans that local school boards are required to enact prioritize schools built before 1986, including Oakton high School. FCPS’s Office of Facilities Management and one of Oakton’s contractors (Coastline Ltd.) describe the water network at Oakton, like at other high schools, as two separate systems: the Domestic Water System and the Heating, Ventilation, and Air Conditioning (HVAC) System. The Domestic Water System only works with drinking (domestic) water that comes from Fairfax Water with the use of copper pipes which do not rust. A small branch from the Domestic Water System leads to the HVAC System providing replacement water when necessary. However, back flow preventers do not allow water to go from the HVAC System back to the Domestic Water System. The two systems and back flow preventers are inspected annually. Separate from the Domestic Water System, the HVAC System employs steel pipes to transport water used for heating and cooling purposes, not for the distribution of drinking water. It is important to note that steel pipes corrode, meaning that the HVAC System is the only possible source of the opaque water students observed from the dismantled pipes in the ceiling of Oakton. These steel pipes carry water that circulates within the boiler and chiller system that are used from heating and cooling. For schools undergoing renovation, steel pipes will be removed since the HVAC System will be replaced with Variable Refrigerant Flow (VRF) HVAC Systems. The VRF HVAC System is a type of heat pump that will eliminate the use of chillers and boilers. To this end, there will only be a Domestic Water System with water treated and distributed by Fairfax Water. The only possible source for the opaque water will be removed with renovation, hopefully improving public opinion of the water quality found in schools.

After observing opaque water flowing from pipes in the ceiling, it would be easy to jump to the conclusion that Oakton does not have safe drinking water, but this is not the case. It is because of extensive testing and purification at Fairfax Water, state legislation, and the implementation of two separate water distribution systems that the opaque water used for heating and cooling does not mix with the domestic water used for drinking. Oakton, like other schools in FCPS, implements a plan that puts the interests of students and teachers first, ensuring the drinking water at Oakton is safe. Hopefully, this improves how students view the drinking water at their school because things, like the opaque water, might not always be as they seem. So, drink up, Oakton Cougars!

For her project, Sitara was awarded the 2019 Dynamic Young Visionary Award from the Fairfax County Federation  of Teachers at the annual Student Environmental Action Showcase (SEAS).