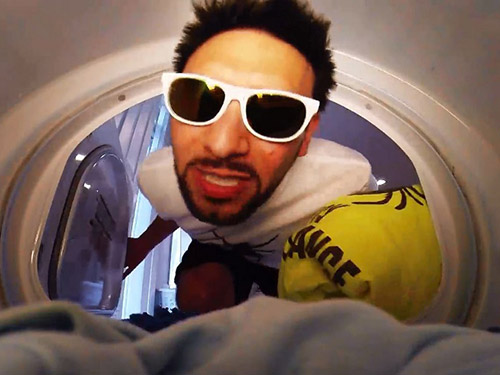 MC Bugg-Z is back, and this time he’s using his rhymes to target Lyme.

In an effort to educate the public about Lyme disease and other tick-borne illnesses, the Health Department has released the music video “Tick Check 1-2.” The three-minute song, written and performed by Environmental Health Specialist Andy Lima (aka “MC Bugg-Z"), details ways to avoid ticks, particularly blacklegged ticks which can spread Lyme disease. Lima was also behind the catchy “Zika 101” rap in 2016.

The videos are an example of how the department is using new outreach methods to motivate and empower people to improve their health.

The number of illnesses from tick, mosquito, and flea bites has more than tripled in the United States between 2004 and 2016. Of the tickborne illnesses, Lyme disease is the most commonly reported in Virginia and throughout the U.S. There were 214 human cases reported in Fairfax County in 2016 and 178 cases in 2017. Many more cases go unreported every year because people don’t see a doctor or don’t get tested.

As the latest video highlights, there are simple steps residents can take against the tiny bloodsuckers:

“Tick Check 1-2” was produced by Fairfax County Government’s Channel 16 and is available for viewing at www.fairfaxcounty.gov/health or on YouTube.