CONTACT INFORMATION: Our administrative offices are open to the public by appointment only at this time. Please call or email 8 a.m. – 4:30 p.m., Monday - Friday 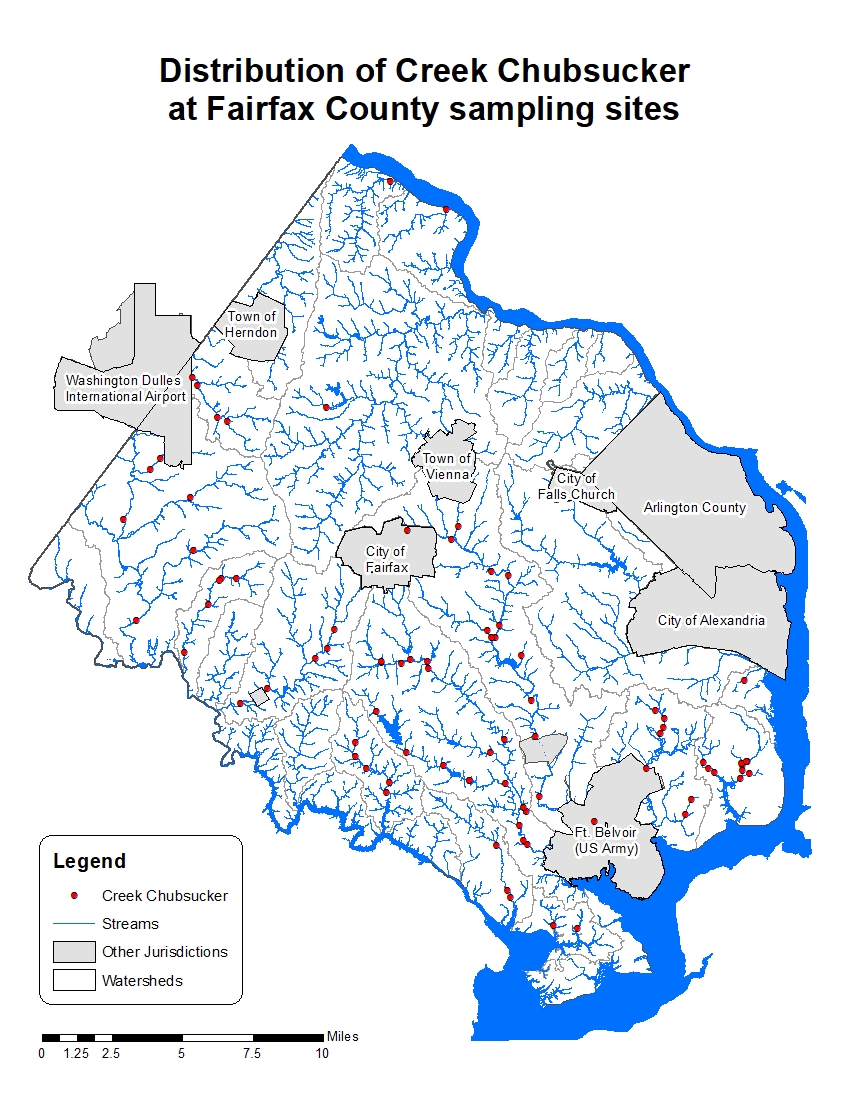 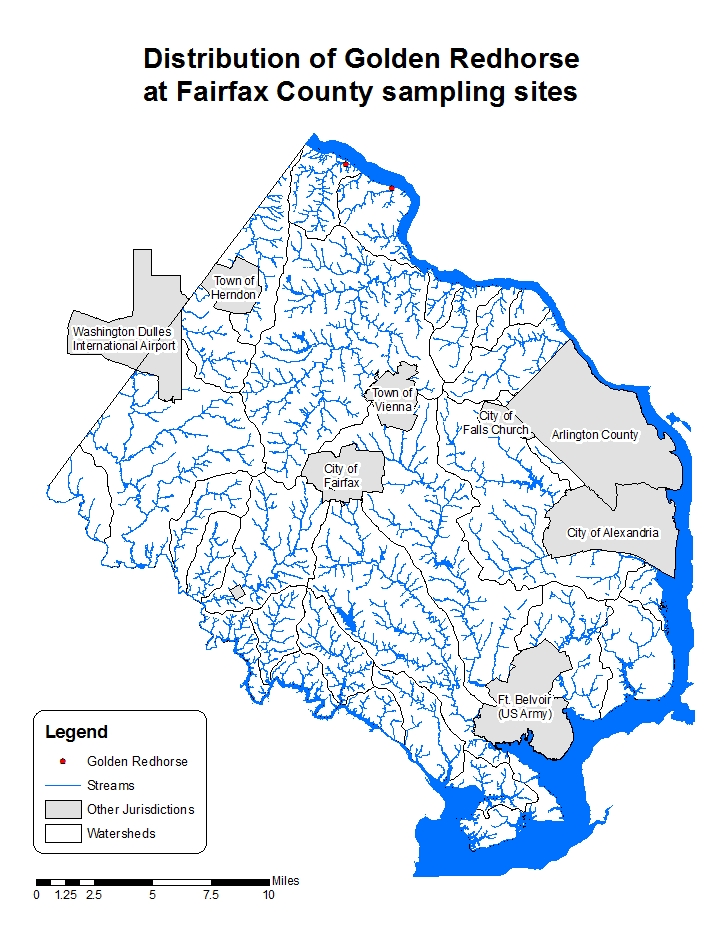 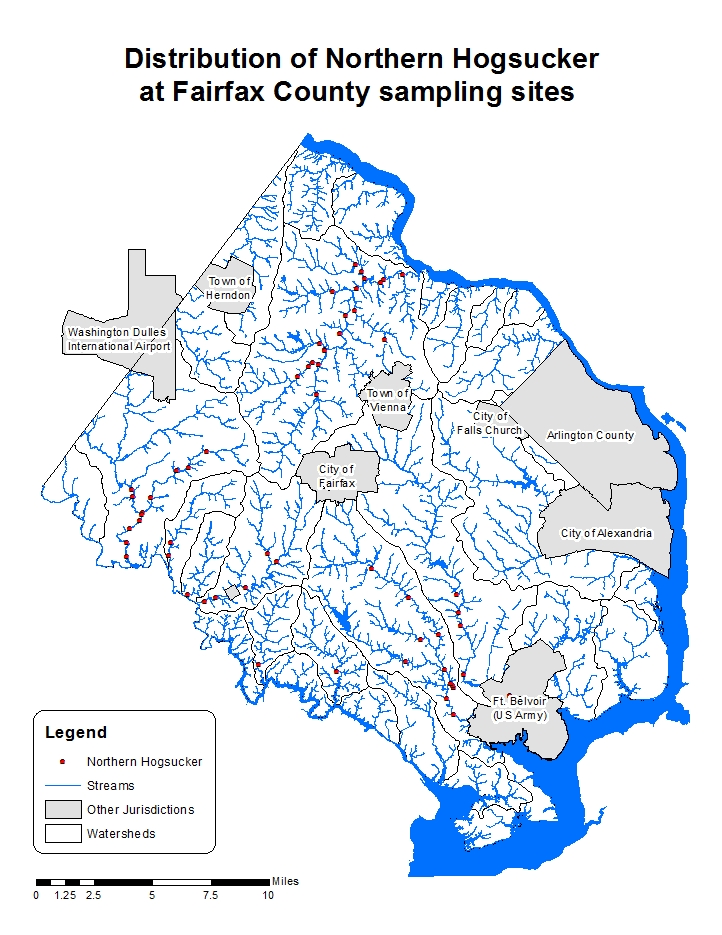 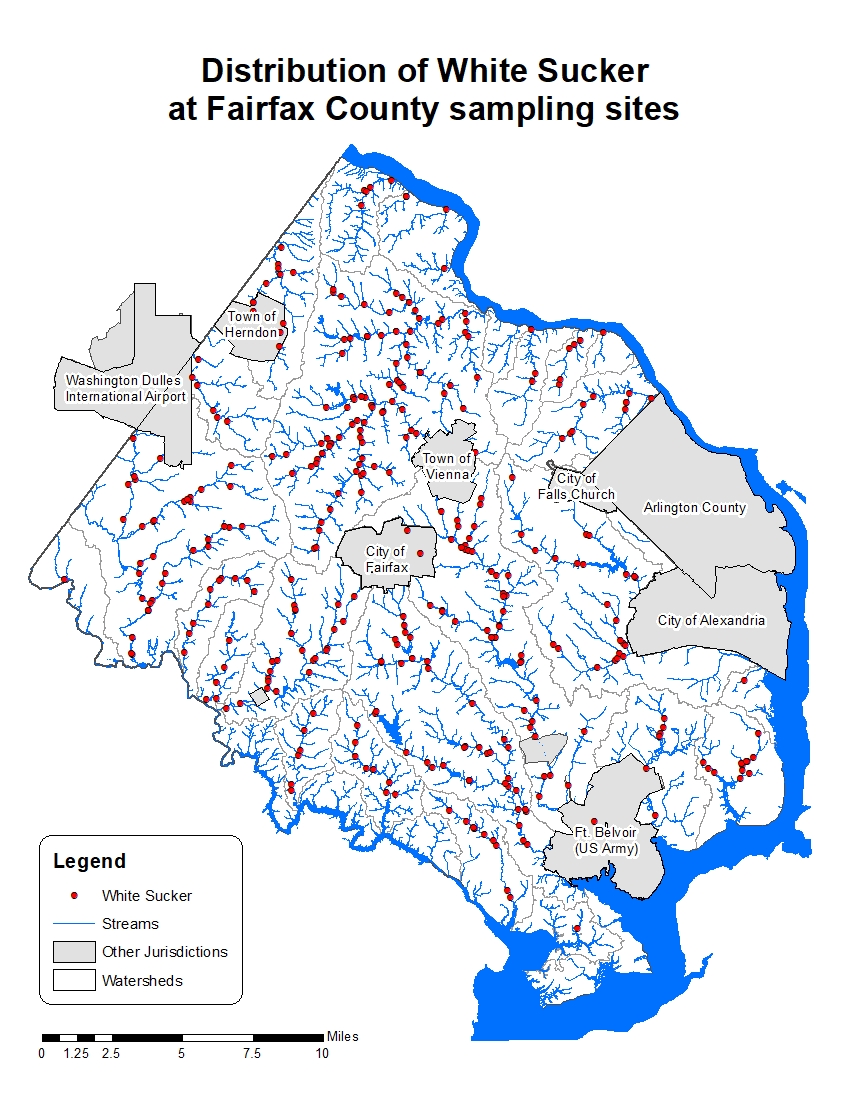 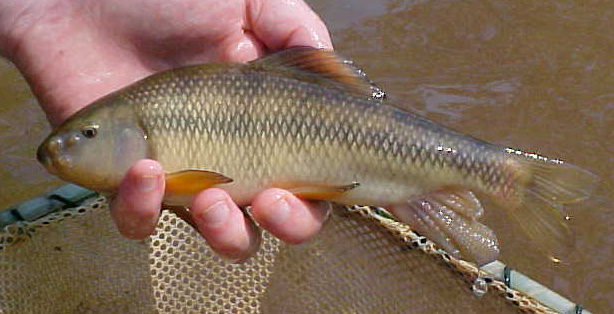 The creek chubsucker is one of the few freshwater fish that do not possess a lateral line. The lateral line is a series of sensory pores along the head and sides of fish by which water currents, vibrations and pressure changes are detected.

The golden redhorse is a large sucker that is found generally in medium to large rivers but will migrate into smaller streams during the breeding season each spring. The individuals collected by Fairfax County staff were located near the mouth of streams flowing into the Potomac River.

The northern hogsucker is an aggressive feeder who will overturn stones and gravel in search of food. Other fish are known to follow feeding hogsuckers to eat any scraps it churns up from the bottom of the stream.

The white sucker is a common fish found in Fairfax County streams. Its downturned mouth is adapted to feeding on midge larvae and small crustaceans found on the bottom of streams.