CONTACT INFORMATION: Our office is open 8AM-4:30PM. Telephone or videoconference intake appointments are strongly encouraged. For your convenience, our office accepts walk-ins for intake from 9 a.m. - 2 p.m on Wednesdays and Thursdays. 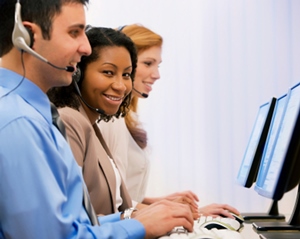 Employment discrimination happens in the job recruiting or hiring process or in the workplace. It happens when employment decisions such as hiring, layoffs, pay or other work terms or conditions are based on factors other than qualifications or job performance.

For employment discrimination to be illegal in Fairfax County, it must be based on someone’s race; color; sex; age (over 40); national origin; religion; disability, marital status, veteran status, sexual orientation, or gender identity.

Discrimination based on other factors may be unfair or unethical, but are not specifically prohibited by law.

It is important to know that it is also illegal to discriminate against someone because they have opposed illegal discrimination, filed a complaint, or assisted in an investigation. This is called retaliation, and the law protects those who oppose illegal behavior.

Who is considered an employer?

A private employer with four (4) or more employees, employment agencies, labor organizations operating in Fairfax County, and the Fairfax County government are prohibited from discriminating against a person or group of person based on their membership in the above noted protected classes.

If you believe you have been subjected to unlawful discrimination from an employer or potential employer located within Fairfax County, and the alleged discriminatory act occurred within the last 300 days, you may file a complaint.

To file a complaint please complete the online questionnaire. For more information about discrimination in employment contact the OHREP at 703.324.2953, 711 TTY.

Applicants, who have applied for positions with Fairfax County government, and were not employed by the County at the time of his/her application and who believes he/she has been discriminated against on the basis of race, sex, color, religion, national origin, age, disability, political affiliation, genetic information or his or her status as a veteran or disabled veteran during the selection process may file an appeal on the alleged discriminatory practice.

Before filing a charge, make sure the Fairfax County Office of Human Rights and Equity Programs has jurisdiction to accept your complaint. The Assessment System asks general questions about your claims of discrimination and will assist in determining if OHREP is the correct agency to assist you.

After answering the questions you will be directed to the appropriate Intake Questionnaire with more specific questions about your allegations.