At any given time, the home of Shelley and Scott Daniel is bustling with the activity that comes with having children ranging from 2 ½ to 14 years old, and they wouldn’t have it any other way. The couple took a few minutes to chat with us about the rewards and challenges of foster care:

FFN: How did you get started in fostering?

Shelley: For me, it was something that I always wanted to do even when I was a kid. When I was teenager, I used to babysit for one of my teachers, who was a foster parent. I just fell in love with the kids that she took care of, and through hearing their stories and being a part of their lives all through high school, it was just something that I thought I really wanted to do. Scott and I ended up getting married, having kids, and then adopting kids. The urge to foster never went away. When I spoke to Scott about it, he finally said, “Sure! Why not?” We’ve been doing it now for six years.

FFN: Wow, so, how many kids do you have that are your own kids?

Shelley: We have five that are adopted and biological.

FFN: And you weren’t done?

FFN: So, over the last six years, how many kids have you fostered?

Shelley: We’ve had 13 kids in our home. Four have been long term, and the other nine have been through respite care. Two of the girls come stay with us every time their foster mom goes out of town, and it has been nice to form relationships with them.

FFN: Scott, could you share your perspective? It’s clear that Shelley has been gung ho for a long time. Were you as excited at the beginning? 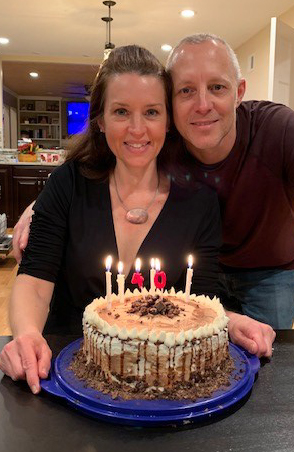 Scott: Foster care is so important, and we hope to serve as an example so that people ask us questions about what’s going on and why we do this. We want to start a conversation, because foster care is very underserved and very important.

FFN: Shelley, what was it about being around those kids when you were a teenager that motivated you and made you want to do this when you got older?

It was so nice to know that in foster care, she was going somewhere that she felt safe and loved. She had a break from parenting her little sister all the time. When she was in the foster home, she had a chance to be a kid. I just wanted to be able to provide that safe place where a child would be able to relax and be a kid, whatever that meant to them. That was what sort of drew me to it.

FFN: What has been the most challenging part of being a foster parent?

Shelley: One thing was saying goodbye to a child who had been in our home for over a year. The other thing is the frustration over the courts not always seeing what is in the best interest of the child and pushing reunification when really no one involved thinks that it is in their best interest.

Scott: The most important thing is that kids just want to be loved. They want safety, structure, and consistency- somewhere they feel safe.

Shelley: Our little guy now is 2 ½. We pull into the driveway and he says, “We’re home,” and he walks in the door and runs to our other kids, and he loves on them and kisses them. It’s rewarding seeing how kids can adapt so well to a new environment and feel safe, loved, and comfortable. When they know where their next meal is coming from, and they know that no one is going to harm them or neglect them, and with someone providing everything that they need, kids grow so much emotionally and physically. That makes it all worth it.

Scott: I think stability and consistency are huge. Exactly like Shelley said, its huge for them to be able to rely on adults that have their stuff together to be able to meet their needs, physical and emotional.

FFN: I have a couple of follow up questions to that. I’ll start by saying that I imagine that it is very challenging caring for five children of your own as well as other children who are in foster care. So, how do you personally find the strength to be that support and stability for those children?

Shelley: I think part of it helps that we and county staff have figured that the best fit for our home are the little babies and toddlers. The older kids are such big helpers, and so it’s not just us. It’s a whole family support system. They all just love the little kids in our house. They don’t feel the competition they might feel, if they were the same age. So, knowing that the kids are behind us and that all the family are active participants helps. Seeing the joy on a foster child’s face helps you get through all the poopy diapers, tantrums, yucky stuff and frustration that little people can bring.

Scott: For me, caring for the toddlers and babies, it kind of gives me a reflection or a look back to the days when my other kids were younger, and how innocent they were and how excited they were when you came home, and they gave you a hug and a kiss.

I don’t know about you, but when the kids get a little bit older, they get a little more difficult. They have their own attitudes. There’s some sass involved, and they have larger stressors in their lives as they get older. So, it’s nice to have the little energizer bunny kids who are babies or toddlers. They have an abundance of energy, and wear their hearts on their sleeves, and are so matter of fact. It keeps you energized with your own biological and adopted kids.

FFN: Are your older kids in middle school or high school?

Shelley: They are everything. We have a 2nd, 4th, and 5th grader. We also have children in 7th and 9th grades. They are each about a year and a half apart, between the ages of 8-14 right now.

FFN: You are right! You have lots of helpers. Are you supported by a network of people in the community as well?

Shelley: Sort of. We have a lot of friends. For instance, there was a time when we had a little guy in our home who was 13 months. His mom had a baby, and we wound up taking that baby home from the hospital with us as well. So, we had the 13-month-old and the baby. My husband had surgery the week before that, and he wasn’t able to get off the sofa for a few weeks. So, I was caring for him as well. There were seven children in my house, and I still had to go to work. I waved the white flag, and I had someone in my home every day for six weeks helping me out. So, I know that there are people who want to help and who are able to help. Even though they don’t want to foster, they applaud people in the community who do it, and they are willing to help when needed. It is very nice to have those people in your life who will help, especially, since we don’t have family nearby who are able to step in and help. 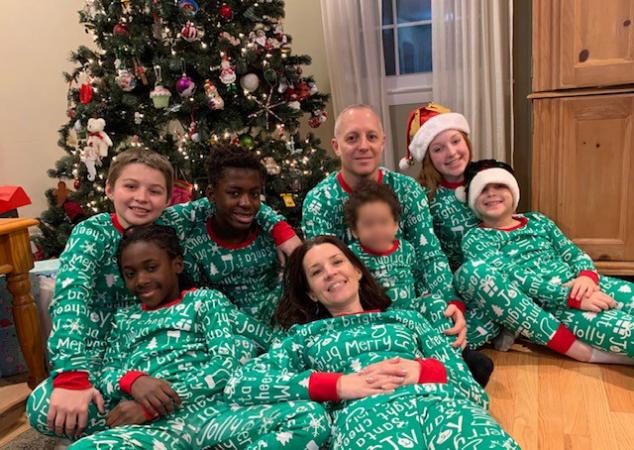 Scott: Get as much information about the process to become a foster parent in your county or state. Take things slowly. They’re not going to overburden you, so be honest about what you think you can handle. The way we started, was with respite care; taking a child for a day, weekend, or week, and we worked our way up to full time care until the child has a permanent home. You have to have some faith and jump into the pool eventually, but dipping your toe in with respite care is probably the best way to start.

Shelley: One piece of advice I have is that if you think things are not going well and your needs as a foster parent are not being met, take it to somebody higher up. I have had situations where I spoke with supervisors, and it resulted in some significant positive changes.

Scott: Staff does a really good job with the training - showing videos, acting out things, having groups and discussions. It’s nice to meet other parents who are interested and going through the training alongside you. It takes away the dark stigma. You can take on anything you want to, including children who have experienced physical or emotional abuse, or you can take babies from the hospital. There is a gamut of who you can take care of, and there is a real need for someone to step up. We’ve been supported really well, but again, we’ve taken on younger children, so we haven’t really scratched the surface on teens.

Shelley: We have provided repeat respite care for a teen mom and her young child. It’s been interesting, and it’s nice to see that she’s doing a good job, and she’s being supported through the county. She is a really great girl who was just issued a poor set of circumstances. Foster kids get a negative stigma, and that’s not been the case for most of those we have been blessed to know. They’re just kids who have had a rough time and need a safe place to land.

Scott: There may be instances where you don’t feel comfortable. Ask to meet the child who might be placed in your home before you commit. It may not be possible, and things may come up later, but the social workers are there to support you. There is a lot of faith in the journey.

FFN: Do you anticipate that you will continue to serve primarily babies and toddlers?

Shelley: We always said that we want to foster kids younger than our own, so they had to be babies and toddlers. Now that my baby is 8, she has asked why we can’t get someone her age. She could realize that having someone around who competes for everything she has is not so fun. I’ll never say no to that idea, but they keep calling us for babies and toddlers.

FFN: Have you thought about adopting any of the children that have been in your home or is that not on your radar screen?

Shelley: Our first little girl who we had for 15 months, we would’ve adopted her in a heartbeat. We thankfully have kept a really good relationship with everyone we have sent home. We go to their Christmas parties, and they come over for barbeques. They stay with us for a week here or a weekend there. One of my kids spent a weekend at their house. It has really been nice.

Right now, we are very happy being foster parents, and our house is relatively full. If we were to adopt again, we could no longer foster, and we want to continue to be foster parents.