Carissa’s journey to becoming an adoptive parent of a teenager began ten years ago through volunteering with and mentoring teens as part of the county program Fairfax Families4Kids. She said it was instrumental in helping her to realize that she was up to the task of caring for a child through the teen years. Check out the conversation we had to learn about Carissa's wisdom and experiences that have shaped her family along the way. 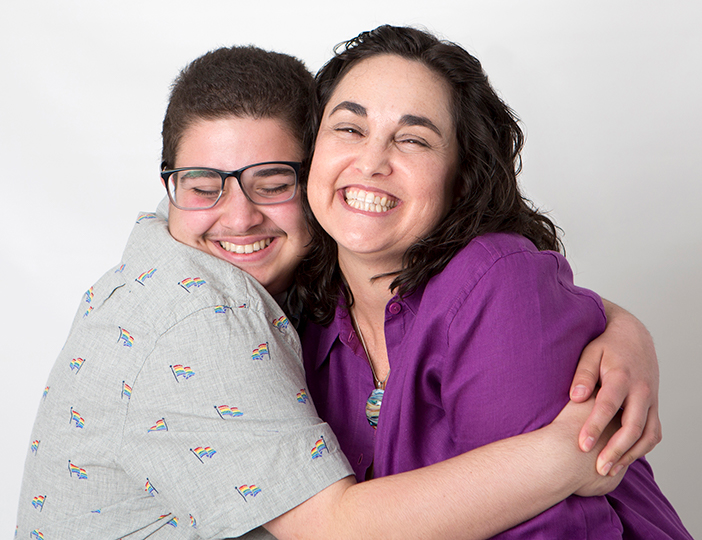 Foster Family News: Why did you get started fostering?

Carissa Barker: It’s pretty simple. I wanted to be a mom, and this felt like a good way to do that.

FFN: When did you begin the process?

CB: That was less simple. I started volunteering with Fairfax Families4Kids in 2009 to scare myself out of becoming a foster mom. That program focuses on teens at risk of aging out of foster care without reaching permanency. So that’s a lot of wounded teenagers, and I thought if I could spend time with those kids and still felt like I was up to the task of becoming a foster mom, then that meant it was the right thing to do. I am still a member of that wonderful organization.

FFN: I don’t know much about the organization. Is it like a mentorship program for teens?

CB: The program is a part of the Department of Neighborhood and Community services. It has monthly events mostly on Saturdays. It is primarily for teens in foster care, and it pairs them up with adults in the community to do things like play basketball, or go to the museum or the mall, or have a meal together on the weekend. These teens get to see adults in the community consistently show up for them with nothing in return, and it has a huge impact on them. 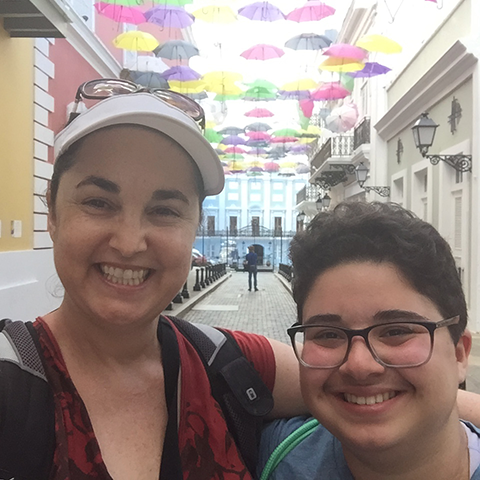 FFN: So, it sounds kind of like the BeFriend-A-Child program in the Department of Family Services, but for older children?

CB: It’s exactly like that. The program played a crucial role in my deciding to go forward with my home study and the whole process. It is also a good resource for foster parents with teens who need a little more attention from someone outside of the resource home. They get individualized attention and they get to fellowship with the other teens and develop ties with them.

FFN: What was your motivation for focusing on teens to foster or adopt rather than a different age group?

CB: If I am being honest, that’s not how it started. I said I would take 0-10-years-old, and the county placed a 10 ½-year-old with me, and she stayed with me for 16 months. I am still loosely in touch with her and her biological family. So, once I was introduced to the tween phase, my heart opened up. After she left, I said to the county, I am ready, and I will take 0-13-years-old, and then the county called and asked me to take a 15-year-old.

FFN: So how did that go?

FFN: How were you supported through this journey, by county staff?

CB: Our social worker for my first kiddo is the reason why my son moved in. She had Rouse’s case as well and remembered me and thought that I was a good candidate. She gets an A+ for matchmaking because it really was a good fit.

Our resource worker was the same for the whole time, and I could gush on and on about Gina (Allen-Thomas, retired Foster Care and Adoption Specialist) and how wonderful she has been for me through the whole thing. Gina knew how to connect with the kids, and it helped having that extra person to give them attention and tell them things that you were saying that they needed to hear again from someone else.

FFN: That is especially important for parents of a teenager.

CB: Right! Other things that I found supportive – the county worked to facilitate connections with other foster parents and that was immensely valuable. For example, the Reflections Training is hands down the best training I received. Everyone should take it. The people in that class were like a giant wonderful support group, and I still connect with some of them. It is really valuable because conventional parents don’t get it.

FFN: I assume you are part of the Fairfax County Foster Parent Association as another avenue where people can connect? 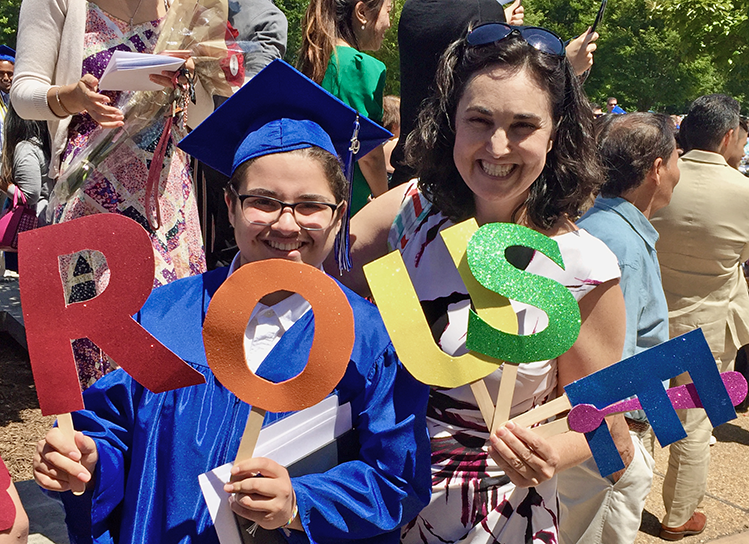 FFN: What would you say has been the most challenging part of being a foster parent?

CB: Parenting by committee is pretty hard. When you don’t have legal authority to travel on an airplane or have a medical procedure done or even certain school paperwork or things like that, it can be a little challenging. Sometimes it’s a blessing, because you can consult with someone else and speak freely about the challenges that you are facing that would not be good for your child’s privacy otherwise. So, there are pros and cons to that. Also, to the extent that the biological families are helpful or resistant can be challenging.

Also, trusting your heart and mind to decide if you are equipped to have a particular child come into your home with imperfect information is difficult. These kids receive various diagnoses from various places. In the case of my son, his interactions with adults sometimes were colored by his trauma, and once he felt safe, all that stuff that was identified as one thing turned out to not be that at all. That is where the Reflections training helped me to take a pause and figure out if the things that I was seeing were coming from some other place I had not considered.

FFN: So, the more time Rouse spent in a stable environment, the better you could understand his issues.

CB: Yes, and fortunately, when my son moved in, he was not my first parenting experience. So, I just took all the data that I got from his previous placement, social workers, and doctors, and put it in the back of my brain and decided for myself what was the best way to interact with him. Someone, perhaps a social worker, suggested having house rules. So, I created some based in part on what I found on the internet and partly on what felt good for me and my home. So, when my son came to meet me for the first time, he looked them over and he got to add to them and adjust them. We had them hanging on the fridge for a very long time, and I think it was helpful to set boundaries right away. These kids don’t want to break rules, they want to feel safe and know that they are doing the right thing. If the rules are right there on the refrigerator, it makes it easier to know if you are doing the right thing. So, if I could throw a bit of advice out there for anyone reading this, that would be it.

FFN: What’s most rewarding about being a foster parent and now adoptive parent?

CB: It’s not possible to pick one thing, because I am delighted and proud and excited all the time, but when I see him delighted and proud of himself, that is one of the most rewarding things. When he doesn’t need the external validation, but he finds it within himself to appreciate what he has accomplished, it is great. 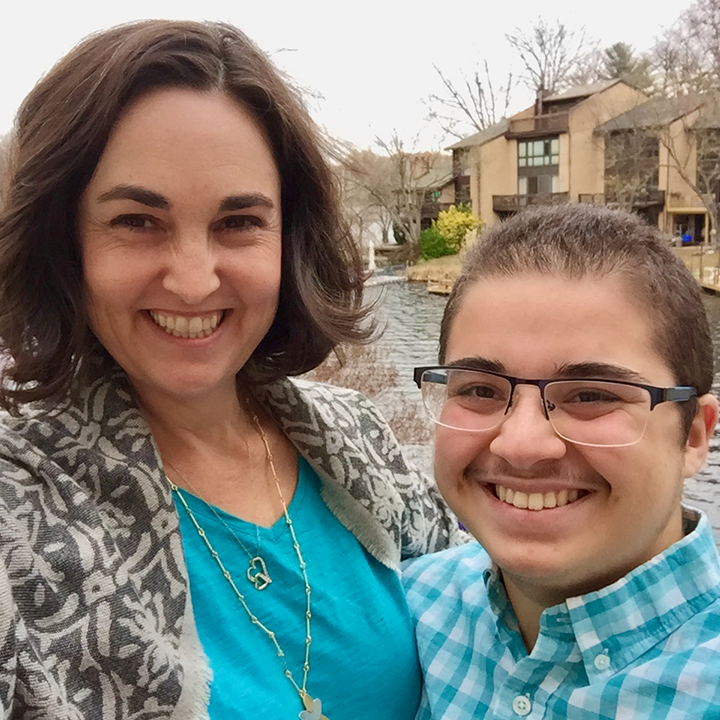 FFN: Was your experience of adopting Rouse different from what you expected?

CB: (chuckles) Everything about going into foster care and adoption has been different than what I expected. The kids that moved into my home were not what I expected. The families were not anything I expected. I did not expect to still be in touch with the family of my first kiddo. I did not expect to go to Puerto Rico and spend a week with my adopted child’s family for his birthday. And, it was wonderful. I feel it is such a privilege to be a part of these families and to be allowed to raise their kids and to be in touch with my first kiddo’s family.

FFN: So, in Puerto Rico, was this Rouse’ grandparents, aunts and uncles, or birth parents?

CB: This was Rouse’ biological father and his side of the family including grandparents, an aunt, and cousins. We spent his 18th birthday in Puerto Rico, and it was great to watch them re-establish a relationship that had been lost along the way due to the circumstances that brought him into care. We also have spent time in Florida with his maternal grandmother. Helping him stay connected to his family is important.

CB: My son would tell anyone that is considering becoming a foster parent to think hard about it and don’t do it if you don’t mean it, because his first placement was disrupted and that was really hard for him. So, he wants people to go in with their eyes wide open, really being prepared to do it well.

My experience volunteering and with the first kiddo helped me do that. Everyone needs to determine how to do that for themselves. With the benefit of time and distance, I have this wonderful human being in my life, and we are a package deal forever, and I get to see him flourish in the world. It is so worth it.