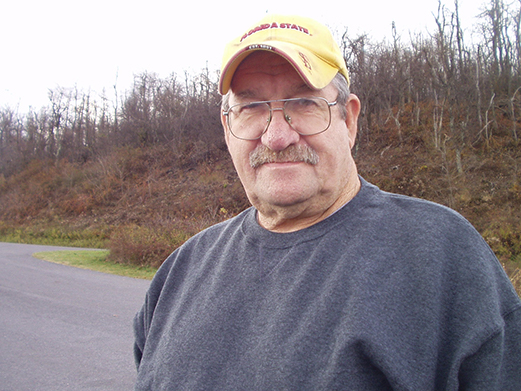 At 17, Mike Keel volunteered for service in the Vietnam War. It was 1960, and he wanted to be an airborne trooper. He knew it would be physically demanding, but he was up to the challenge—or so he thought. Mike broke his ankle during a practice jump that quickly ended his airborne career. “You just never know what life has in store for you,” he says.

Mike was transferred to Germany to a quartermaster position. Although this job was not nearly as demanding, he was able to build his leadership abilities and learn valuable skills. “I didn’t realize it at the time, but my military service would really help me in life, especially later,” says Mike.

For the past 10 years, Mike has been caring for his wife Susan, who has Alzheimer’s disease. Like many caregivers who are spouses, he wanted to take care of her. He says that he was able to do this by relying on his faith, and he also credits his military service. “The military taught me patience and, most importantly, how to adapt to all types of situations. Those two skills are useful with Alzheimer’s.”

Alzheimer’s disease is an irreversible, progressive brain disorder that slowly destroys memory and thinking skills, and eventually, the ability to carry out the simplest of tasks. There is no cure.

As Susan is in the later stages of the disease, their living situation has changed. They are living with their son in Fairfax County. “I needed some family support and respite,” he says. The disease has taken a toll on Mike. “I don’t think that people really understand how devastating and cruel it is on everyone—not just the person who has it.”

Susan is no longer able to reminisce about their long 47-year marriage, but Mike often does. He says that they met at a crowded nightclub in Florida. “The first time I set eyes on her, I knew she was the one. It was love at first sight.” They married two months later! 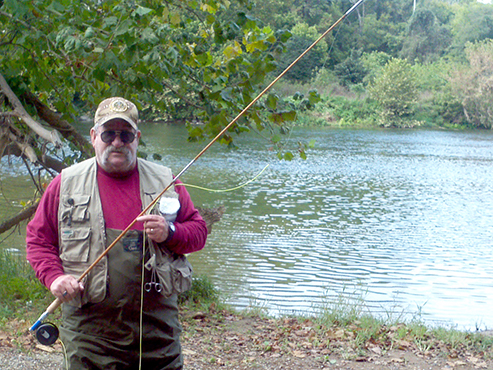 Susan and Mike, both athletic, had a lot in common. They especially enjoyed fly fishing, horses, and country dancing. “We’d train horses to be hunters or jumpers for competition,” he says. “We were pretty good dancers, too.”

Mike believes he made the right choice in caring for Susan by himself. He doesn’t regret not putting her in an assisted care center. “Assisted care cannot do everything,” he says. “Afterall, I am the only one that can snuggle with her to make her feel safe and loved.”

Mike acknowledges that being a caregiver is a tough situation, but he wouldn’t have it any other way. He encourages others to reach out to the Fairfax County Adult, Disability, and Caregiver Resource Line at 703-324-7948. “They have given me many practical tips, shared methods of coping and allowed me to be with others in the same situation, and I very much thank them.”

Learn more about the complete list of caregiver programs.