The Gravel and Grit of Olander and Margaret Banks 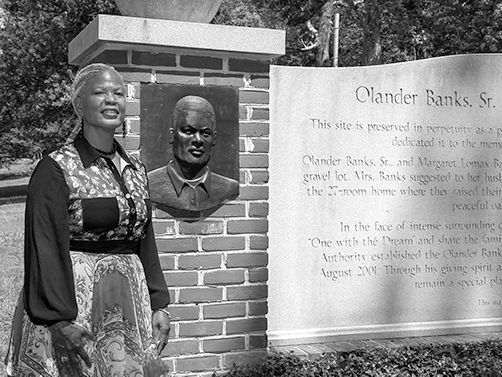 It was 1957, and there was gravel as far as the eye could see on the property near Franconia that would one day become a beautiful neighborhood park.

Opportunity came to mind when Olander Banks Sr., a young African American entrepreneur, viewed the land. It would be a perfect place to move his quickly growing auto salvage business from the City of Alexandria. His wife Margaret, however, envisioned something even better—a home in the country to raise their growing family.

According to their daughter Carolyn Banks Summers, her dad was overjoyed that Margaret wanted to move to the country. “Buying the land and building a home became a labor of love for him,” she says. Her parents were childhood sweethearts who met in elementary school.

Purchasing the land on Old Telegraph and Hayfield Roads was the beginning of his grit and unflinching determination to turn this gravel pit into an oasis for his family—especially Margaret. The family lived in a small house on the property while work on her dreamhouse began. 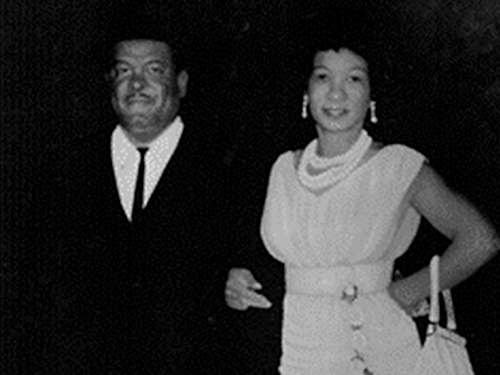 A Franconia Museum publication, Historic Franconia Legacies, states that there were at least a thousand truckloads of fill dirt brought in to transform the property. The house was designed from plans that came from a popular women’s magazine. Carolyn says that her mom was creative and added to the plans giving it her own personal touch. “The house ended up having 27 rooms,” she chuckles, “lots of space for nine children.”

The home and the estate became a community. “We had a lot of family and friends visit all the time. There were so many occasions to celebrate with our large extended family,” says Carolyn. “It was a wonderful way to grow up.”

Carolyn also states that her mother was the heart of the home. “She loved to cook and plant flowers while dad liked to go fishing.” Olander and Margaret liked to work in their huge vegetable garden. “It was one of the many things that they loved to do together,” says Carolyn.

She also reminisces about the two state-of-the-art barbeque pits where her brother Ricky became a pit master. One pit was specifically built with her mom in mind. The pits were set off by a luxury pool. “Family and guests could cool off and burn some calories after all the wonderful food,” she says.

For more than 40 years, Olander and Margaret enjoyed their county home. In 1991, they celebrated their 50th wedding anniversary. It was a special occasion that was complemented by daughter Carolyn’s wedding to Hosea Summers. “It was so special, and everyone I cared about was there,” says Carolyn.

In 1996, Margaret passed. Although heartbroken, Olander continued to manage his family, home and business for a number of years. In 1999, after 42 years, he retired from the daily operations of Banks Auto Parts.

Olander may have retired, but he wasn’t finished giving back to family, community and the memory of Margaret. In 2001, to ensure the family legacy, he had a mutual agreement drawn up with the Fairfax County Park Authority. The family home and ten acres would become a park dedicated to his wife Margaret upon his death.

Olander remained in his home under the steadfast care of two of his daughters, Bernadette and Carolyn, until December 2010. He passed in January 2011 at age 88 after a short stay in a local rehabilitation center. “We know that dad is reunited with mom, and that gives us peace,” says Carolyn. 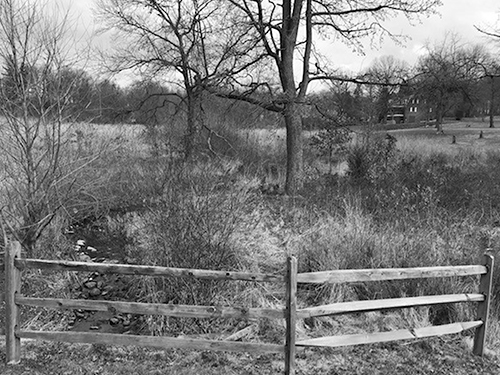 The Banks brothers Olander Jr., Cardell, Michael, Gregory, Ronald and Kenneth, along with sisters Deborah, Bernadette and Carolyn, invite the community to visit this remarkable park with open green space, a winding creek and a canopy of trees. “It’s more than a park,” says Carolyn. “It’s a gem of nature.” The park’s motto reflects her family’s sentiment: It is a special place for future generations to enjoy.”

The Olander Banks Sr. and Margaret Lomax Banks Neighborhood Park is located at 7400 Old Telegraph Road. It is open daily from morning to dusk. Visit BanksLegacy.org for more information.