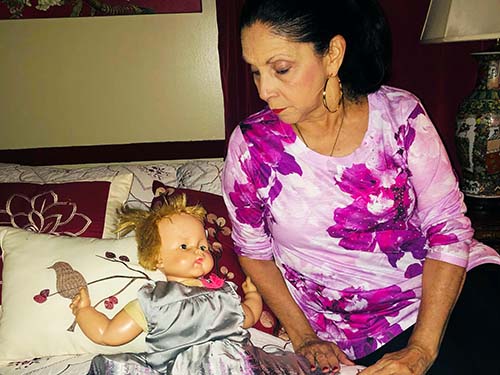 Mercedes Dash cringes when she hears the words—Peter Pan. Even now that she is 68, that name still triggers unpleasant memories of a separation from her parents in Cuba during the Cold War.

It was January 1962 when Mercedes, nine, and her 11-year-old sister Rosario were airlifted from Cuba to Miami, Florida. They were among an estimated 14,000 children who escaped Cuba from 1960-62 in a secret operation dubbed Peter Pan or Operación Pedro Pan. The covert Peter Pan operation was planned by a national charity organization to save children from repression and political retaliation after the takeover of the Batista regime by Fidel Castro. Immediately after the Cuban Missile Crisis, a mere nine months after the family was rescued, the project was scrubbed.

Mercedes says that her recollections of life in Cuba, prior to their departure, are vivid—ranging from pleasant to traumatic. She remembers going to the beach, to the zoo, and fishing. “We even had a Coney Island that we frequented,” she laughs.

Birthday parties included games, piñatas, and loads of friends and family. “I fondly remember Christmas, Three Kings Day, and New Year’s parties with dancing ladies wearing beautiful dresses,” she sighs. Mercedes also remembers her kindergarten and first grade classes at the Catholic school she attended. This was her life that abruptly came to a halt. 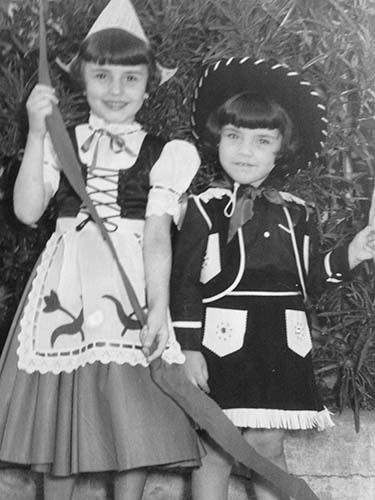 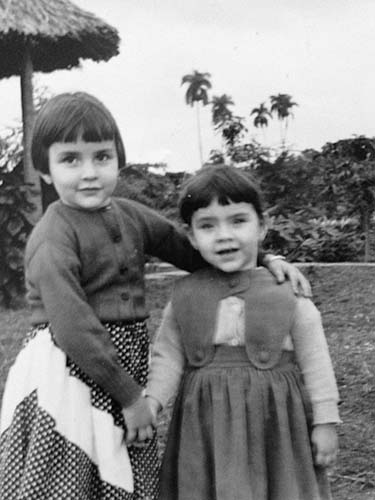 Suddenly, she and her sister were no longer allowed to attend school or even go outside, and as time went on, the terror they felt when low-flying helicopters indiscriminately fired into her neighborhood. “We would get under our beds, sometimes for hours,” she imparts. Then there were the midnight visits from the militia. “They were coming to check our food rations in case we were getting food from the black market.” Mercedes’ last Christmas in Cuba was far different than previous happy ones. “There were no celebrations, and my sister and I received a tea set to share as our gift.” 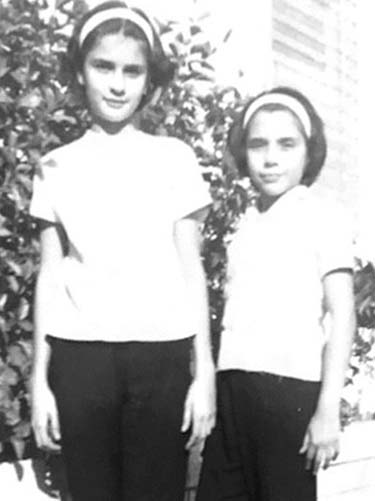 On January 24, 1962, she and her sister were told they were going on a big airplane for an adventure and that her parents would be joining them soon. They were each given a beautiful doll. She says, “I came to understand later that these dolls were supposed to lessen the pain of separation.” The next morning, they drove to the airport and Mercedes is still haunted by the memory of her mother’s crying the entire way while the rest of them remained silent. Inside the airport, the sisters were rushed away and put in a glass enclosure. “It was called a La Pecera or fishbowl,” utters Mercedes, “filled with children.”

As the children were processed, their necklaces were yanked off and earrings confiscated. Rosario’s doll was snatched because, as she was told, she was too old for dolls, although Mercedes was permitted to keep hers. The children were loaded onto the plane. So many of them wailed for “Mami,” just adding to the chaos. Mercedes said she felt confused and tightly clutched her doll for comfort.

Upon arrival in Miami, the children were gifted with pencils, a toothbrush, and toothpaste, packed in a small box. “Then we were ushered to a room to wait for our foster families.” It is a struggle for Mercedes to talk about her foster home experience, which lasted for over a year. Happily, when relatives arrived from Cuba in 1963, they liberated Mercedes and Rosario from the foster home.

The girls’ parents did not arrive until 1965. With a church sponsorship, the family moved to Arlington, Virginia where they were provided with a small, fully furnished apartment. The church members even found a job for her dad. To this day, Mercedes credits her parents for the strength needed to survive separation. Although it was an arduous time, throughout the separation the parents and daughters managed to stay connected and support each other through weekly letters, which Mercedes has now and treasures. 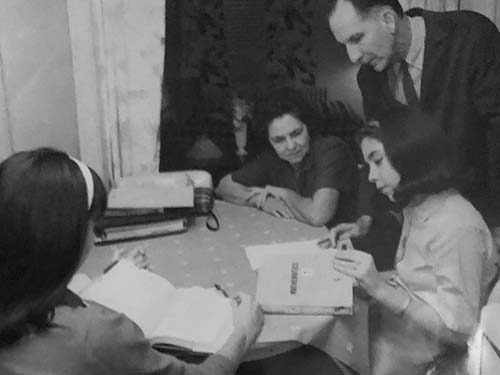 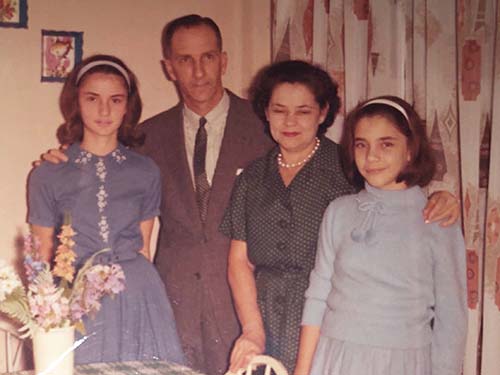 Mercedes’ experience has given her a greater appreciation for everything in life, and she never takes anything for granted. She lives by the mantra of being kind to others. She claims, “You never know what struggles they might be going through—especially children.” She believes that generosity with our time is far more important than financial generosity, and essential to children’s development.

Practicing what she preaches, Mercedes is on the Child Care Advisory Council Board, part of the Fairfax County Office for Children. “I feel that I am doing my part on ways to improve the lives of our children here in Fairfax County,” she states proudly.

With more than 31 years working with children in Fairfax County, Mercedes strives to prepare children to thrive in a diverse world. “My family childcare and preschool program promotes an inclusive and positive environment through a multicultural education. We encourage students to learn about and embrace other cultures.” She firmly believes that a multicultural education fosters equity, equality, and empathy toward others. She also embraces the importance of family, and hers practices cultural traditions from both her Hispanic roots and her husband’s Persian roots.

Mercedes explains that for many years she kept her involvement in Operation Peter Pan to herself. “When I finally told my children, my youngest son, who is a journalism major, asked if he could interview me for a film.” She says the interview was extremely difficult but knew the experience was important to share.

As a mother of five grown men, grandmother of nine and great-grandmother of one, Mercedes says that she cannot imagine sending her children away, especially not knowing if they’d ever reunite. “Maybe I would, but I am glad that I did not have to make that choice, living in a free democracy.”