Charting a Course for the New Year with No Regrets

Along with New Year’s resolutions, January often brings back memories—especially the moments that make you happy and proud. For Debra Tinker, wife, mother, teacher, veteran, psychologist, editor, and dancer, reflecting on life’s achievements and understanding that you are responsible for your own happiness moves her forward in an already full life.

Debra is a former lieutenant commander in the U.S. Navy, serving from 1982 to 1993. When she signed up her mother was not happy. Debra says, “I made the choice, and I knew it was a good one. No regrets.” Debra’s dad was an original Seabee in World War II, something she was always thrilled to hear about from him. Unfortunately, he passed in 1973, but she is certain he is very proud of her.

Her first days in the service were memorable. It was the first time that she ever lived so far from home. “I was excited and anxious to report to Officer Candidate School (OCS) in Newport, RI,” she says. After reporting for duty, it turned out that she and another female officer candidate had incorrect orders. They were a week early! “They couldn’t find much for us to do, so we basically had seven days of vacation,” says Debra, but then the real challenge began. 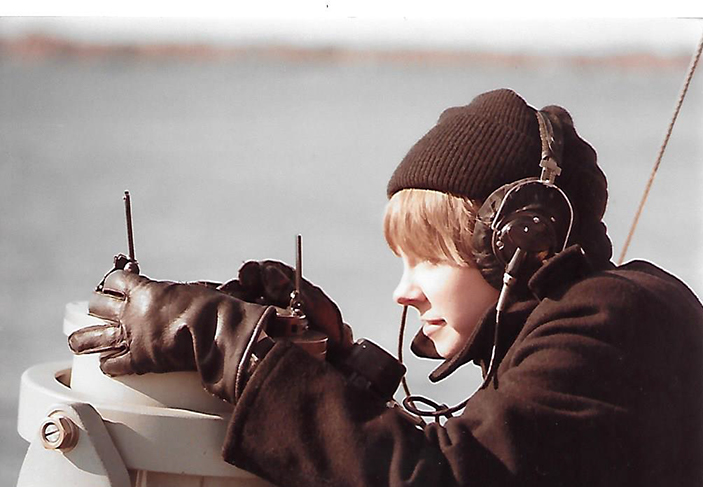 For Debra, OCS was a 16-week nightmare. She was 31 years old while most of the other candidates were recent college graduates. Her expected challenges were exhausting physical exercise and strict adherence to rules and regulations. She says that some stresses were not anticipated like extreme sleep deprivation and more tasks to do in a day than were humanly possible.

Debra understood that this stress was temporary. “I knew that to be commissioned I would have to pass the academic classes, pass the physical readiness testing, and pass the swimming test,” she says. For her, the rest was extraneous and not worth worrying about.

When commissioning day arrived, all the training was worth it. “Even my mom was present and earning those ensign bars made me prouder than I was when I finished my undergraduate degree.” She adds, “I certainly felt like I worked harder for those bars.”

During Debra’s career, she served in many job capacities, met interesting people, assisted various commands by educating them in drug and alcohol abuse and related topics, and suicide prevention. She even met her husband Charles Enos, now a retired navy captain, at her first duty station 38 years ago. She explains that every job allowed her to learn and hone leadership skills and prove to her commanding officers and herself that she could do an outstanding job.

When asked if there were any atypical stories while serving, Debra has a few. One that still captivates her occurred while at sea on a nuclear-powered submarine escorting female ROTC students for a day. According to Debra, her admiral thought she was a natural choice being that she was a former high school English teacher. “I was thrilled,” she says.

It was 1988—long before women were permitted to serve aboard subs. “During my brief cruise, I not only kept track of the young women, but I had the opportunity to drive the boat while submerged in the Atlantic Ocean,” she says. To add more excitement, when the ship was on the surface of the ocean, the commanding officer invited her up to the conning tower to watch the dolphins play. “It was mesmerizing. They jumped over the bow and swam all around, treating the sub like a giant toy. I sure wish I had a camera with me,” she sighs.

Debra served our county for more than 11 years. She remembers that they gave her a beautiful farewell luncheon. “I remember going home and feeling free. I even had my second ear piercing because now I could wear as many earrings as I wanted,” she laughs. 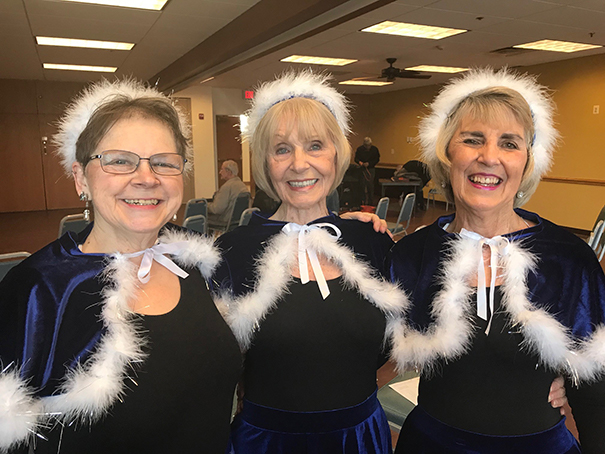 Of course, she took time off before starting substitute teaching. She was now a mom with two boys and subbing allowed flexibility. When her children got older, she worked part-time as a home-based therapist.

While in the navy she completed an M.A. in clinical and community psychology. According to Debra, one of the reasons she and her family came to Fairfax County was so she could complete a Ph.D. at George Mason University. But, she says, “Being the mom of two, including one with multiple disabilities, did not permit me the time to pursue that dream of a doctorate, but again, no regrets.”

Now since she and her husband are “empty-nesters,” she is a visual artist who creates and teaches art for adults with special needs. She has also taught art and English virtually. “I can hardly wait to get back to teaching in person when the pandemic is over. It’s so rewarding,” she says. Despite the pandemic, she is still working as an editor, currently editing a friend’s first book.

Retirement also has allowed Debra to rekindle her love of dancing. She took lessons in tap and ballet while in her 20s. “I read about the Snappy Tappers in the Golden Gazette and decided to join,” says Debra. The Snappy Tappers meets weekly at the Lincolnia Senior Center in Alexandria. (The group is on pause until the pandemic is over.) “Tap was always my favorite. It’s a great group, lots of fun, and a good way to exercise.”

Like most, Debra hopes 2021 brings health and wellness. “I am looking forward to a new year with anticipation, expecting to recapture some normality of life, and being able to travel again.”