An elderly gentleman came to the Fairfax County Courthouse for jury duty. He emptied the contents of his pockets, including cash, into a property bin before going through the security screening at the entrance. When the man went to claim his bin on the other side of the magnetometer, his cash was gone – two $100 bills and a $5 bill. 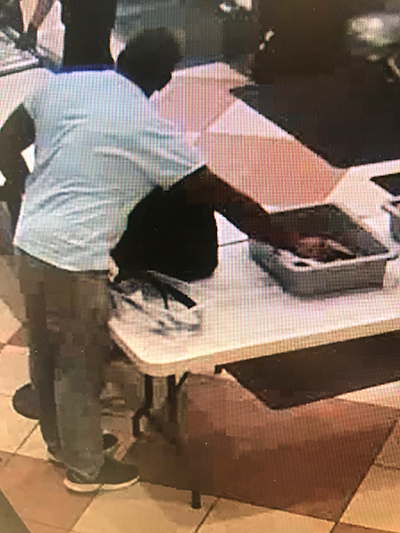 Sheriff’s deputies reviewed camera footage and saw a different man reach into the first man’s bin and remove something. That man shoved what he took into a front pocket of his jeans. With a detailed image of the person for whom they were searching, the deputies found him elsewhere in the Courthouse and placed him under arrest. What did a search reveal in his pocket? Two $100 bills and a $5 bill. The deputies documented the money and returned it to the victim. The subject was booked into the Adult Detention Center and subsequently released on bond.

Earlier this year, high resolution digital cameras replaced old analog models in the Courthouse. Sheriff’s deputies now have a much clearer picture of the entrances and the hallways leading to courtrooms.