Although commemorated for more than 150 years by African Americans, Juneteenth remains a curiosity for many people across the nation.

Juneteenth—a word coined by combining June and Nineteenth—marks a final chapter in the end of slavery, which was abolished by the 13th Amendment. But for the enslaved Blacks in Galveston, Texas, it wasn’t until June 19, 1865 when they finally learned they were free—two and a half years after the Emancipation Proclamation and 10 weeks after the surrender at Appomattox Court House.

In 2020 Fairfax County declared Juneteenth a county holiday. This was following Virginia’s declaration that a state holiday be observed. It is an official holiday in all states except Hawaii.

Juneteenth is not yet a national holiday. It is interesting to note that the last national holiday passed by the United States Congress was Martin Luther King, Jr., Day in 1983 which occurs on the third Monday in January. 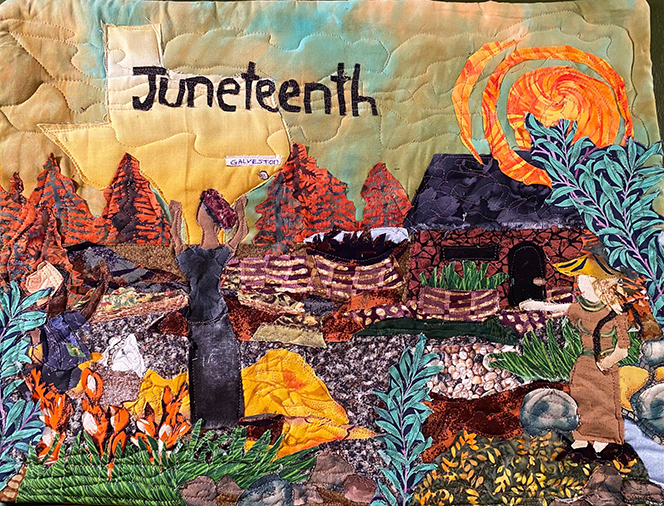 Throughout the years, Juneteenth carried many names from Liberation Day, Freedom Day, and Jubilee Day to Emancipation Day. Despite various names, its meaning and significance remained constant—freedom.

According to a PBS article written by historian Henry Louis Gates, Jr., “In one of the most inspiring grassroots efforts of the post-Civil War period, freed slaves transformed June 19 from a day of unheeded military orders into their own annual rite.”

Here are a couple of sentiments from older adults in the county when asked about Juneteenth.

Jocelyn Jones thinks Juneteenth is bittersweet, “A day of celebration with sadness.” She continues, “It’s not something I learned about until I was much older.” She wishes that it had been taught in school.

Everett Brown says, “I think about its importance and reflect on all that happened to African Americans and our heritage on that special day.”

Another way to appreciate the day is by participating in the County’s Library Juneteenth Book Festival. The festival seeks to boost and celebrate Black American stories and the people behind them. This video archive of the virtual book festival features Black American writers, artists, and industry professionals.

If you are interested in learning more about Juneteenth, visit these resources.

Some local communities within the county may be offering additional ways to celebrate. Check with your homeowners association or local newspapers for events.

The Golden Gazette is honored that Sheryl Sims, art quilter and visual story teller, graciously wrote a poem just for the Golden Gazette as one of the many ways she celebrates Juneteenth. In addition, her newest creation in a series of “Historic Moments” quilts depicts Union troops arriving in Galveston, Texas declaring an end to slavery. (Learn more about Sheryl's story in the March 2021 Golden Gazette.)

We prayed for strength just to carry on
Toiling throughout the night and again at dawn
Tattered rags from scarred, weary, bodies hung
Starving for the scraps our cruel masters flung

Long bitter paths with dogs in pursuit
Trees filled with decay and stranger fruit
Property, not people, is all they saw
While ancestors were sold to places far

Oh, Freedom Day, when will you come?
Like America’s buffalo, so free to roam
Confederates soldiers seeking to hold tight
Despite the fact that they lost the fight

The day did come, and on June 19th
Despite what many chose to think
Jubilee Day, liberating one and all
“Free those enslaved!”--the Union called.

1865, was indeed, a year for change
Breaking free from slavery’s awful chains
Hear the voice of Gen. Gordon Granger
And, heed the prayers of departed ancestors—

For we are finally “Free At Last!"