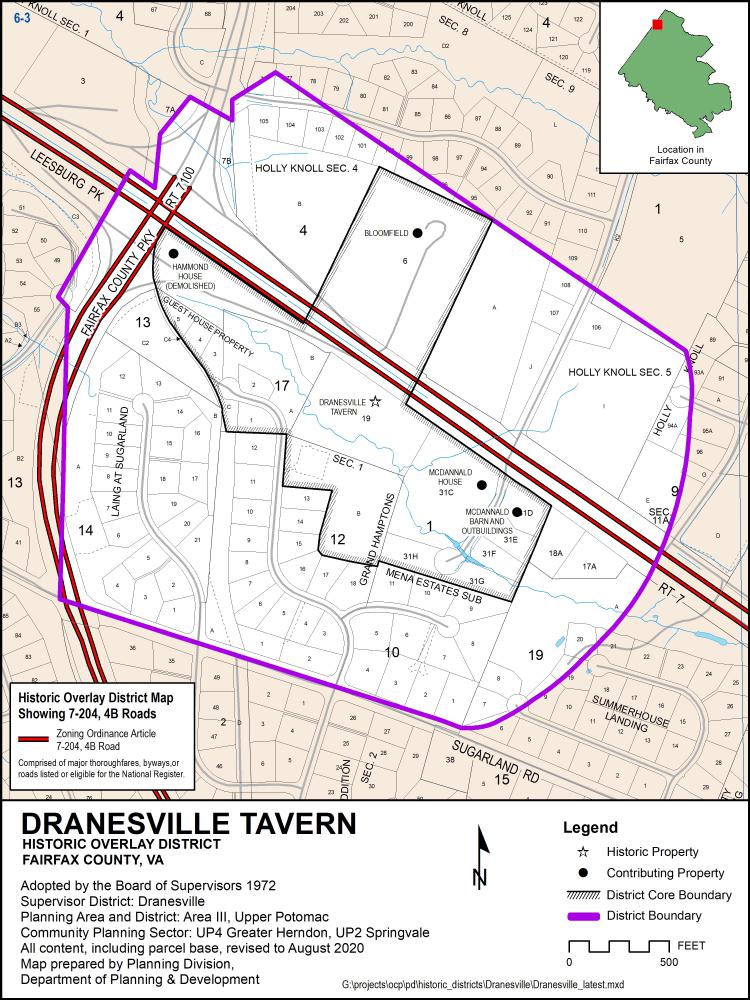 The Dranesville Tavern is one of the few remaining examples of the rural Virginia inn or ordinary which served the traveling public of the 18th and 19th centuries. In the early 1800's rivalry between Alexandria and Georgetown merchants for western trade led to the construction of two turnpikes, the Georgetown-Leesburg Turnpike and the Alexandria-Leesburg Turnpike (also called Middle Turnpike), which met here and continued to the Shenandoah and Potomac River Valleys. Dranesville was a convenient overnight stopping point and had as many as five taverns. Incorporated in 1840, the linear town of Dranesville stretched from the intersection of the turnpikes almost to the Loudoun/Fairfax County line. By the 1970's, little of the town of Dranesville remained. In the late 19th century the railroad drew commerce and traffic away from the turnpike and supporting businesses and, in this century, subdivisions replaced farms. The Dranesville Tavern, though, continued as a hotel and later a boarding house. The widening of Route 7 in 1968 threatened its demolition, but due to public outcry it was purchased by the Fairfax County Park Authority which relocated the tavern back from the expanded right-of-way, maintaining the structure's historic orientation to the road. Few other structures from Dranesville's past as a town have survived. The Dranesville Tavern was listed on the National Register of Historic Places in 1972.