Board of Zoning Appeals

Lorraine Giovinazzo,
Clerk to the Board of Zoning Appeals

Fairfax County Board of Zoning Appeals

The Fairfax County Board of Zoning Appeals (BZA) was established pursuant to the provisions of Article 7, Chapter 22, Title 15.2 of the Code of Virginia. The BZA consists of seven (7) members appointed by the Circuit Court for staggered terms of five years. The BZA's powers, duties and procedures are set forth in broad terms in the State Code and are further detailed in the Fairfax County Zoning Ordinance. Such powers and duties include:

Board of Zoning Appeals Meetings

The Board of Zoning Appeals meets weekly in the Board Auditorium at the Fairfax County Government Center on Wednesday mornings beginning at 9:00 a.m., except for weeks that contain a County holiday. Generally a recess is taken in August/September and in late December/early January. Board of Zoning Appeals meetings are also aired live on the County government's cable TV Channel 16.

All BZA meetings have been canceled through the month of May. The next scheduled BZA meeting will be on Wednesday, June 10th. Staff will contact applicants and begin the process of rescheduling for later in the year.

Board of Zoning Appeals Members

The BZA consists of seven (7) members appointed by the Circuit Court for staggered terms of five years. All members of the BZA are private citizens and must be residents of Fairfax County. They serve only as a Board and not as County employees and, as such, do not have County office space nor are they available by telephone in the County government.

View the Current Board Members 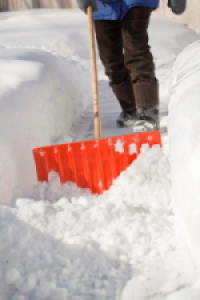 In the event of inclement weather, the County Executive may close all county offices or may grant unscheduled leave to county employees. In both cases, all Board of Zoning Appeals (BZA) public hearings scheduled for that day shall be cancelled and the applications rescheduled for the next available meeting date which can accommodate the hearings and allows sufficient time for re-advertising. BZA members, county staff and citizens should listen to emergency announcements featured on Fairfax County Cable Channel 16 and provided to area television and radio stations and/or access the county's Web page www.fairfaxcounty.gov. Please listen to more than one station to verify County closings and unscheduled leave, and be sure the announcement is referring to Fairfax County Government, not the school system, court system, or the City of Fairfax Government.